Owner of Lenape Burial Site in Newlin Township Seeks to Donate the Land, but It's Complicated 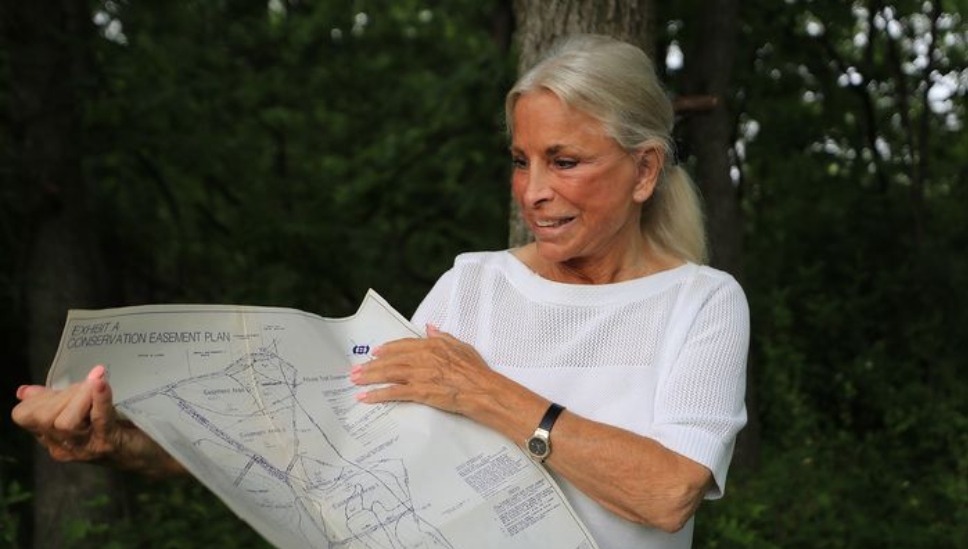 Image via David Maialetti, Philadelphia Inquirer.
Carol McCloskey owns a half-acre plot of land designated by the county as a historical Native American burial site of the Lenape.

Carol McCloskey wants to donate the Lenape burial ground on her property to ensure its preservation, writes Frank Kummer for The Philadelphia Inquirer.

Since 1987, McCloskey has owned the knoll in Newlin Township with a metal sign erected in 1908 by the Chester County Historical Society to commemorate the Lenape people buried there. Now, she is planning her estate and hopes to find a good steward, preferably Native American, for the land.

This goal, however, is proving more complicated than she originally thought.

So far, she has found no takers for the half-acre lot, Chester County’s only officially recognized Native American burial site.

“I thought it should go to the rightful owners,” said McCloskey.

She has previously tried to donate the land to one of the two federally recognized tribes associated with Lenape, without avail. Now, she is restarting the process. This time, she is expanding the pool of potential recipients.

“I want to give it to someone who appreciates it,” she said. “I want the right people to have it.”

Read more about the burial ground in The Philadelphia Inquirer.