Cases Continue to Decline; Here’s Where COVID-19 Is Spreading the Most and Least in Chester County 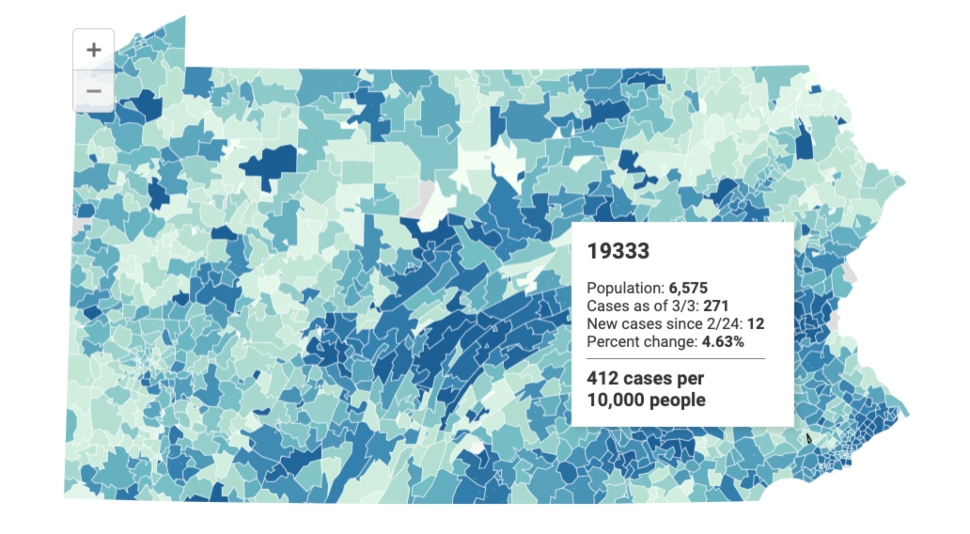 In the past seven days, the number of new COVID-19 cases in Chester County has continued to decline, although some areas remain more infected than others, write Sean Adams and Megan Lavey-Heaton for the Harrisburg Patriot-News.

The highest percentage increase in Chester County during this period was in ZIP Code 19333 (Devon), which recorded an increase of five percent to reach 271 cases.

On a positive note, there is a growing number of places now reporting less or no growth in their number of cases.

Read more about the ZIP Codes in Chester County where COVID-19 is spreading the most and the least in the Harrisburg Patriot-News here.