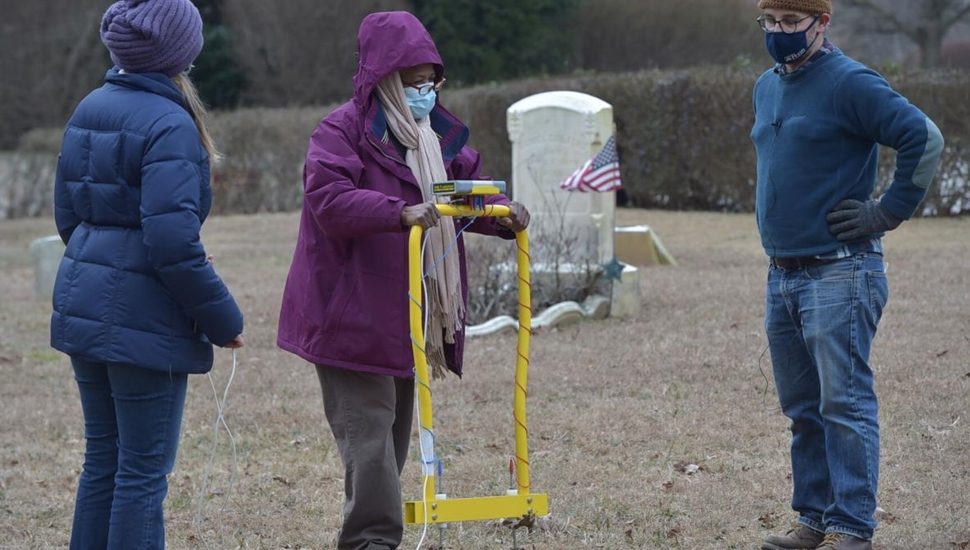 Mt. Zion AME Church in Devon is using technology to help identify graves in its cemetery, including those of 21 Civil War veterans, writes Pete Bannan for the Daily Local News.

Both the church and the graveyard are on the National Register of Historic Places. Over the years, many headstones in the cemetery got damaged, while some had poor markings to begin with, hiding the locations of the people who were buried there.

To uncover these locations, Bertha Jackmon, a historian at the church, has been working with the Pennsylvania Hallowed Grounds Project. It raises awareness of the burial grounds and legacies of U.S. Colored Troops and other early Black Pennsylvanians who shaped the state’s history.

The project put Jackmon in touch with Jason Herrmann of the University of Pennsylvania Museum of Archaeology and Anthropology.

Herrmann utilized different technologies to analyze the land he had previously divided into a grid system, including a drone, a magnetic gradiometer, and an electrical board resistance meter. He also plans to use ground-penetrating radar over the coming days.

“This is a dream come true for the church,” said Jackmon.

Read more about the church’s efforts in the Daily Local News here.

FamilyNew York Times: Author, Renowned Transgender Activist from Devon Who Lost Her Father on Easter Finds His Spirit All AroundApril 13, 2021