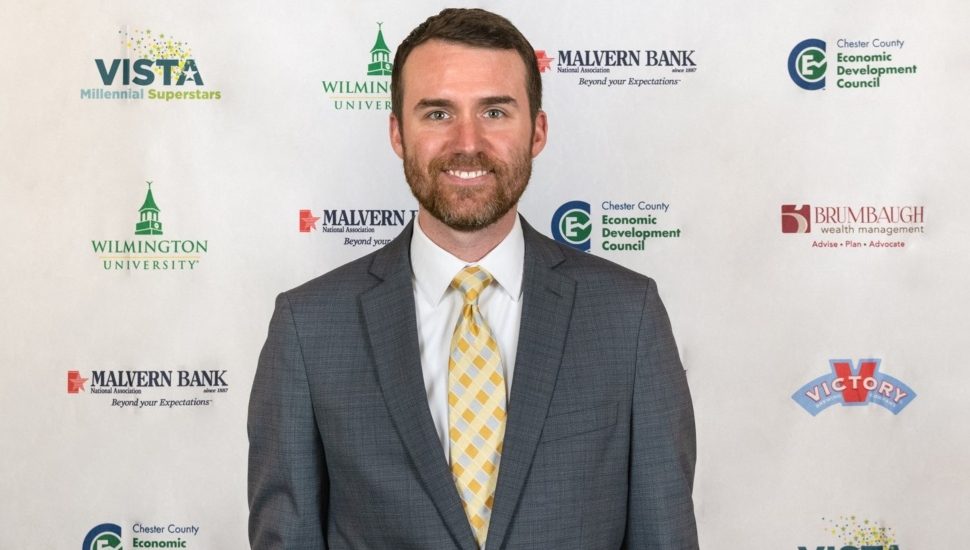 William Christman III, who grew up in Ephrata and fell in love with Chester County when he arrived here for college, is an Associate Attorney at Lamb McErlane.

Christman, who began working as an assistant in a photography studio between his junior and senior years of high school, earned a bachelor’s degree in Political Science from West Chester University and his law degree from Widener University Delaware Law School. He credits his friends with having the biggest impact on his career.

“Ever since college, I’ve had a great group of friends who are incredibly supportive of one another,” said Christman. “We are always looking to improve each other, both personally and professionally.”

His proudest professional accomplishment was graduating from law school and passing the bar exam.

“Because I was working full time and went to law school at night, it took four years to obtain my law degree,” said Christman. “My wife did the same thing, around the same time, which made life tough for a while. And, as everyone knows, taking the bar exam wasn’t much fun!”

Christman’s choice for his favorite Chester County restaurant depends on the time of day.

“Breakfast is Market Street Grill,” he said. “Lunch is a tie between Four Dogs Tavern and Jaco Juice & Taco Bar. Dinner is definitely Station Taproom. And after-dinner beverages? Side Bar.”

LeadershipFour Billionaires with Ties to Chester County Among the World’s Richest PeopleApril 17, 2021

LeadershipTuesday with Michael: Identifying the Next Level of Managers and Leaders for Your Organization?April 13, 2021

LeadershipTuesday with Michael: Does Your Team Have the Skills, Talents, and Abilities to Lead in the New Normal?April 6, 2021
Tags: Lamb McErlane, VISTA Millennial Superstars, William Christman III