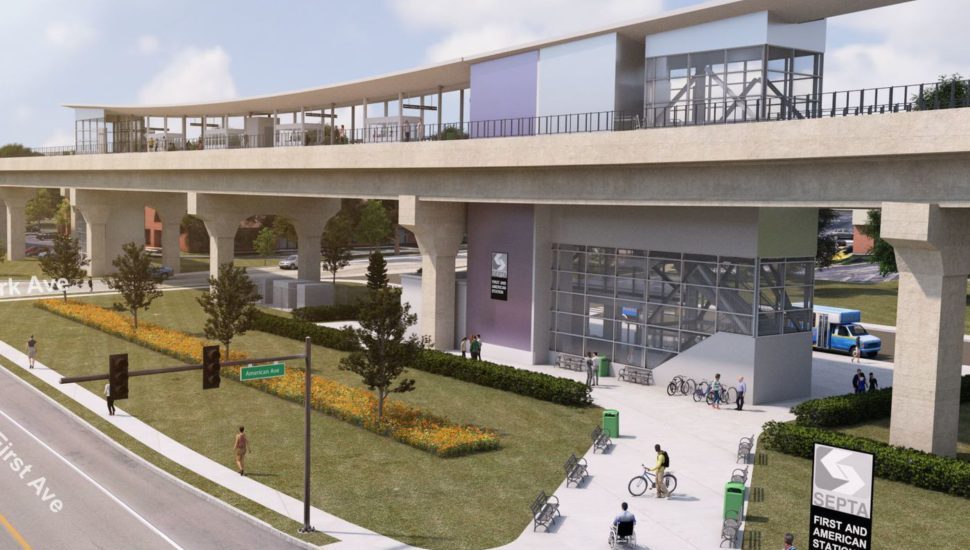 Despite the pandemic-related financial uncertainty, SEPTA is planning to move forward on a $2 billion project that would extend rail service to King of Prussia between 2025 and 2027, writes Patricia Madej for The Philadelphia Inquirer.

During a virtual public meeting held on Tuesday, SEPTA officials provided an update on the proposed expansion of the Norristown High Speed Line and shared the changes to its route.

New renderings of SEPTA’s five stations along the rail line were also displayed to give the audience “a better idea for the look and the feel for what this will mean for them,” said Ryan Judge, SEPTA’s strategic planning manager.

This was the first major update to the project since 2017. The price of the project was also updated. It has grown from $1.3 billion to $2 billion due to inflation, changes to the design, and real estate acquisition costs.

SEPTA General Manager Leslie Richards called the project extremely important to the region’s future. She also reiterated that despite the difficult situation caused by the pandemic, “SEPTA in the future includes service to King of Prussia.”

Read more about SEPTA in The Philadelphia Inquirer by clicking here.