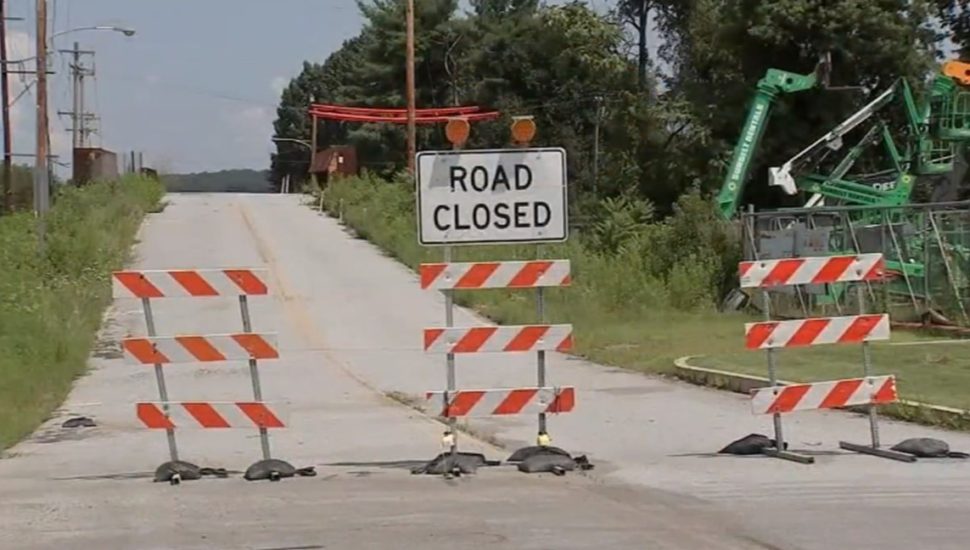 Image of the Chestnut Street Bridge in Downingtown via 6ABC.

The decades-long overpass project to demolish the Chestnut Street Bridge in Downingtown and build a new one is finally nearing completion, writes Jen Samuel for the Daily Local News.

“This project finally received the notice to proceed in December of 2018, after 20 years of very slow progress,” said Borough Manager Stephen Sullins. “Alan Myers was the contractor who was awarded the bid to demolish the old bridge and construct the new one.”

The project has been under construction since late 2019, after delays caused by utility and railroad issues. But now, the $5.9 million development “is nearing completion,” said Sullins.

Funding for the project is 80 percent allocated from federal sources, while 15 percent is being provided by the state and five percent from the municipal level.

“The bridge is located in both Downingtown and East Caln and the local five percent match is shared by both municipalities,” said Sullins.

There are also plans “to rename the bridge after completion to the William Mason or possibly the Bill Mason Bridge,” he said.

It is now expected that the bridge will open in the first quarter of next year.

Read more about the project in the Daily Local News here.

ConstructionDeveloper Aims to Usher in ‘New Generation of Buildings’ by Constructing Healthy Office Complex in MalvernMarch 2, 2021