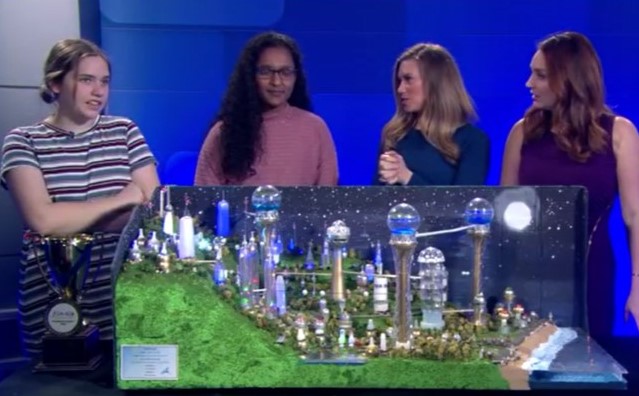 Lionville Middle School students Naishu Vytla and Cami Klingen, who represented the Philadelphia area in the Future City Competition in Washington, D.C., were recognized with an award for the “The Most Sustainable Food Production System” from the Society of Agricultural and Biological Engineers, according to a report from PHL17 Morning News.

The theme of the competition was “Clean Water: Tap Into Tomorrow.” Its goal was to identify an urban water system threat and then design a futuristic solution that would ensure a reliable supply of clean drinking water.

More than 45,000 middle school students from around 1,500 schools in the U.S., Canada, and China have taken part in the competition since last fall.

In addition to building a virtual city, the participants had to write an essay about the city, build a model, and then hold a presentation before answering questions from a panel of engineers.

Vytla and Klingen based their future city on Los Angeles. Their award-winning model showed water from the ocean being desalinized and then distributed throughout the city’s neighborhoods. The desalinization process uses pressure from the ocean as its energy.

Read more about the students at PHL 17 Morning News here.