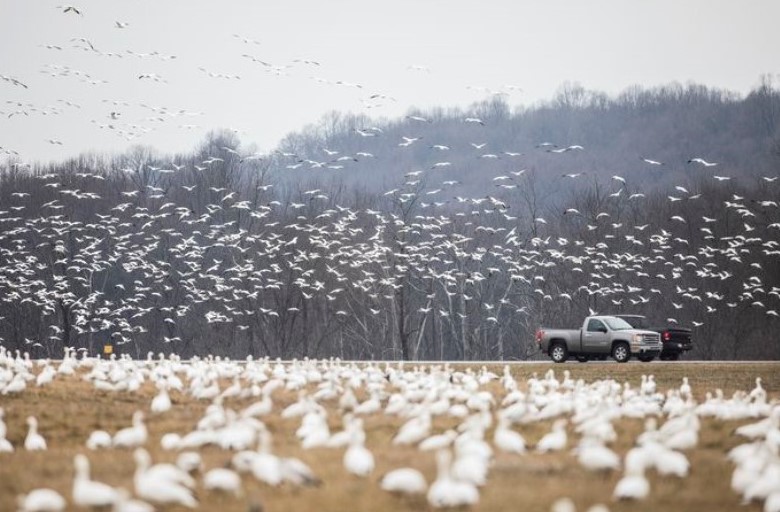 Image via the Harrisburg Patriot-News.

Once again, Pennsylvania is one of the leading states in the latest Great Backyard Bird Count, and Chester County is helping to keep it near the top, writes Marcus Schneck for the Harrisburg Patriot-News.

While the final tally is still not out, the halfway report from the four-day, international birding event shows that the Keystone State had filed 1,589 checklists of birds and reported 115 different species of birds.

That puts Pennsylvania in fifth, behind only California, Florida, Texas, and New York.

However, for number of species, Pennsylvania is in the middle of the pack, tying for 26th place with Tennessee.

Within Pennsylvania, Chester County took the top spot with 149 checklists. Neighboring Montgomery County came in third with 105 checklists, while Delaware County is fifth with 78.

The most commonly reported birds in Pennsylvania were snow geese at 80,000, followed at a distant second by red-winged blackbirds at 4,500, and Canada geese at 3,500.

Read more about the Great Backyard Bird Count in the Harrisburg Patriot-News here.