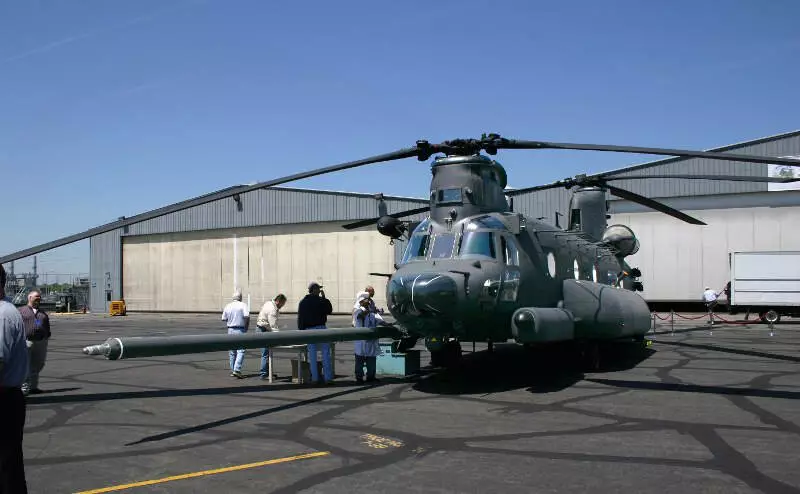 Military spending in the state means jobs and benefits for workers, and votes for the politicians that made it possible.

That’s one reason behind increased weapons expenditures during the Trump Administration.

It has put Boeing’s rotorcraft Ridley plant into play in an area that is now trending Democrat.

The plant manufactures the Chinook, the Army’s heaviest helicopter. Production is endangered by a decision to shift money into next-generation rotorcraft.

Congress voted in December to continue funding upgrades to the helicopter, but the Army wants the money to go elsewhere. Nearby is the Philadelphia Shipyard, which the Trump White House has made a symbol of industrial revitalization. The shipyard is struggling financially in the commercial market, so it is expected to get increased Navy funding.

Pennsylvania ranks fourth nationally in delivery of military equipment and supplies, and seventh in the value of defense contract dollars. It has received $180 billion in defense contracts since 2000 and is home to more than 10,000 military contractors.

Read more about the influence of military spending on states in Forbes here.