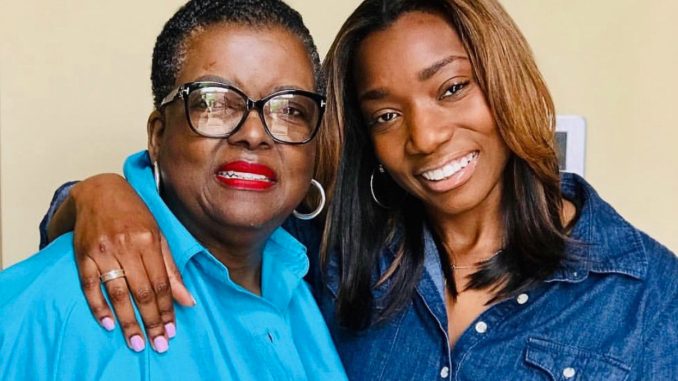 Dorothy Harris, 70, who graduated from Temple University in 1980, has joined forces with her daughter, Blair Armstrong, to bring her handbags to QVC.

Dorothy Harris, 70, who graduated from Temple University in 1980, has joined forces with her daughter, Blair Armstrong, to bring her handbags to QVC, writes Milly McKinnish for The Temple News.

Harris started her company, J. Harris Designs, after she retired from her job at AT&T. Disappointed by the lack of good options online for a clutch, she decided to make her own in her basement.

And despite having no fashion or business experience, her clutches are set to be featured on the television shopping channel less than a year since she began making them.

Harris and her daughter and business partner submitted the handbags as a pitch for a QVC product competition in June. While they did not win, QVC liked their business and offered to sell their product.

“Every time I think about that, it just blows my mind,” Harris said.

Harris spent two days in the company’s West Chester headquarters in December learning how to properly package and ship her products. She also learned how to perfect on-air presentations with the network’s hosts in anticipation of her big debut.