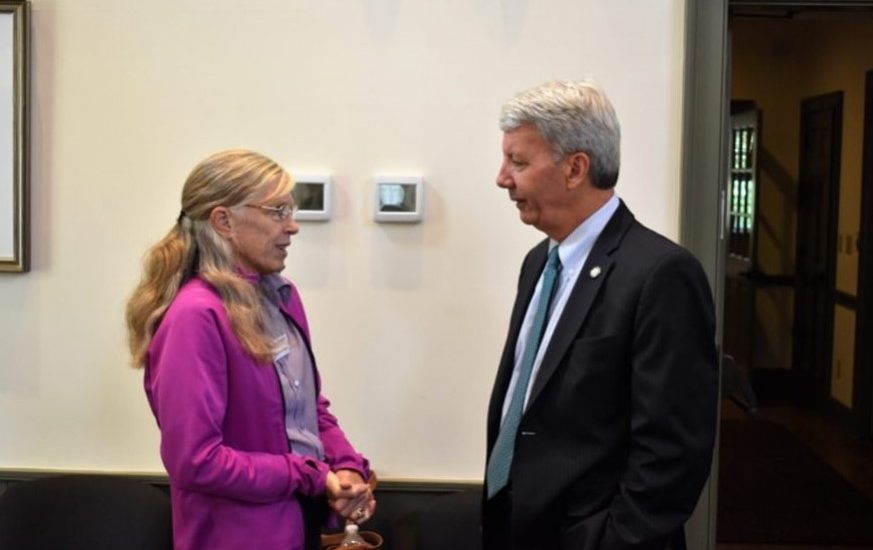 Starr Cummin Bright, a gunshot survivor from southern Chester County, is trying to get Pennsylvania legislators to pass the so-called red flag laws. These give courts the power to take away guns from people who are a danger to themselves or others, write Katie Meyer and Ed Mahon for WHYY.

Bright was shot in 1991 in a church’s meeting hall by a man with a history of delusions and blackouts. Since then, she has lived with pain and PTSD, which forced her to give up her career as a veterinarian.

In the hopes of preventing somebody else from going through what she did, she turned to advocacy. However, she has encountered resistance as lawmakers and advocates debate if the orders are a reasonable way to reduce the number of homicides and suicides in Pennsylvania.

This fall, Bright participated in a panel discussion in Chadds Ford Township, which included State Sen. Tom Killion, and she got a chance to share her story.

While recounting the experience in detail was not easy, “anything that we can do to show that something like a red flag bill would work” is worth it, she said.