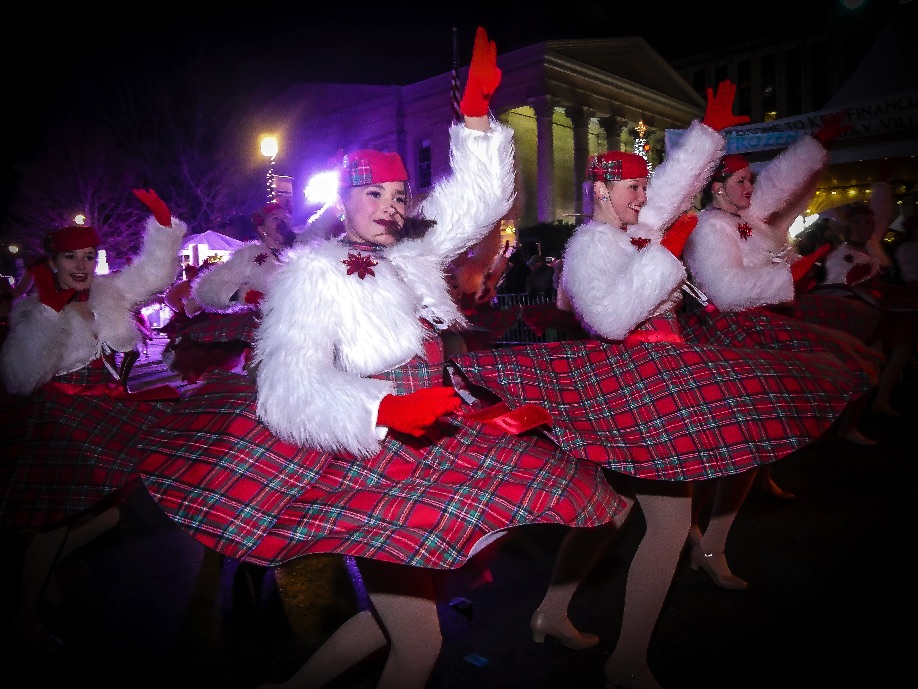 Last week’s 40th Annual QVC West Chester Christmas Parade heralded the holiday season with a flare that will be remembered for years to come.

Last week’s 40th Annual QVC West Chester Christmas Parade heralded the holiday season with a flare that will be remembered for years to come.

Hosted by the Greater West Chester Chamber of Commerce, the parade delivered a seasonal mix of traditional elements with a modern twist, as local schools, businesses, volunteer fire companies, and other service organizations joined the scores of marching bands, floats, and performance groups.

Winners of the two-mile run were:

Winners of the one-mile walk were:

Winners of the kids’ one-mile run were:

Winners of the kids’ 200-meter dash were:

Prior to the parade, attendees took the chance to donate to the second annual Fill the Stocking campaign, where volunteers collected donations benefitting West Chester’s first responders. The Greater West Chester Chamber of Commerce collected more than $3,000 for local police, EMTs, and firefighters.

During the parade, QVC’s Dan Hughes and Carolyn Gracie and 6ABC’s Adam Joseph introduced speakers, entertainers, and marching bands for the crowd. The Easton Area High School band took home the title of Grand Champion and $1,200 in the band competition, co-sponsored by La Difference Salon & Day Spa and CTDI.

“While we love throwing West Chester this big Christmas parade every year, it really is about getting more people in to see West Chester,” said Mark Yoder, president and CEO of the Greater West Chester Chamber of Commerce. “We’ve grown from a small community to a thriving downtown, and we want to show it off and encourage parade attendees to come back for more. The QVC West Chester Christmas Parade is just one of the many things that West Chester has to offer.”