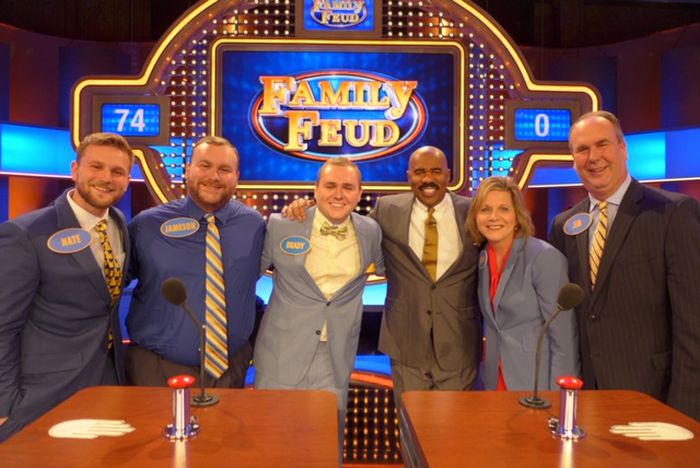 Jameson Weaver, second from left, and his family compete on Family Feud.

For Donna Weaver, this was the ideal opportunity to bring her family together.

“I have a son who just graduated in May from Temple, and I also have another son (Jameson) who lives in West Chester,” she said. “I didn’t think I could get all three of my sons in the same place at the same time, but I did.”

The entire family first converged for an audition in November 2018. In February, they were invited for another round of auditions, but things did not go well.

“We weren’t personable, we weren’t cute,” said Donna. “They said if we didn’t up our game, we would not get on the next day.”

Indeed, the next day went much better, and they were invited to tape an episode with Harvey.

They will be appearing on the show about a year after their Family Feud journey started, with the episode scheduled to air on Nov. 14.

Read more about the Weaver family in the Harrisburg Patriot-News here.