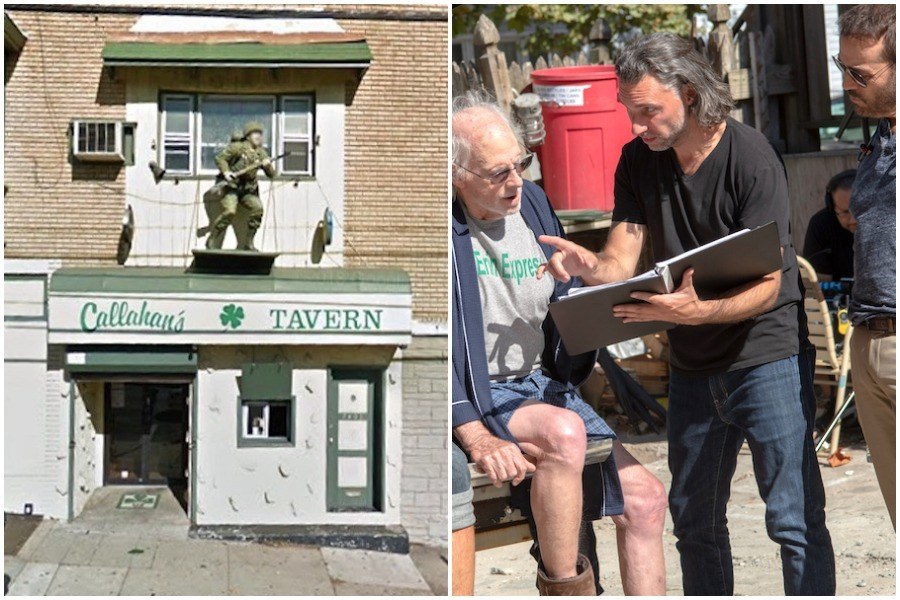 Crabs in a Bucket is set in the fictional town of Darby Heights and focuses on Callahan’s Tavern. It is based on Callahn’s Tavern on West Chester Pike in Upper Darby. A second Upper Darby bar, Cawley’s, is also featured.

In the story, a wealthy Delco-bred real estate developer comes home and must decide whether to raze Callahan’s Tavern for a more profitable venture or keep the watering hole and the character of the neighborhood intact.

“About 12 years ago, I decided to start writing about all these funny people that I grew up around and met in Delco and all of the crazy Delco stories,” said Lingo, a Wayne resident and Upper Darby High School grad who is president of Rockwell Custom in Media.

The movie is set for release by festival season in the spring.

Read more about the film in Philadelphia magazine here.