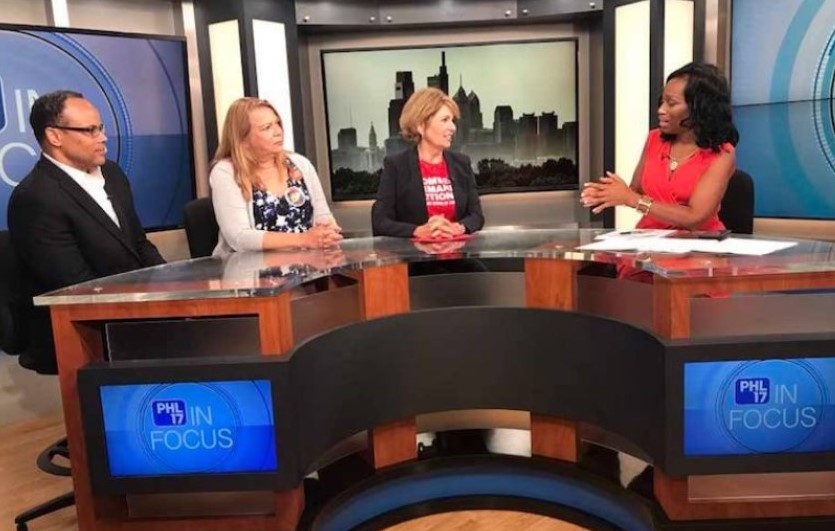 Prompted by an increasing number of mass shootings across the nation, retired Malvern litigator Marybeth Christiansen decided to put her persuasion skills to good use and re-enter the advocacy arena, writes Caroline O’Halloran for SAVVY Main Line.

Christiansen is the head of the Pennsylvania Chapter of Moms Demand Action for Gun Sense in America. Also known as simply “The Moms,” the growing group has been making waves in all 50 states.

Since she became active with the group, Christiansen’s schedule has been constantly filled. Just this month, she was already on a PHL17 show discussing gun-violence prevention, represented the Keystone State at the Moms Demand Action’s national convention, stood with El Paso in silent vigil in front of the White House, and marched on the U.S. Capitol.

She also met with Sen. Toomey to advocate for the passage of red-flag and background-check gun laws, spoke at a vigil in Philadelphia’s Love Park alongside many state legislators, and joined Gov. Wolf in a bi-partisan call-to-action in Harrisburg.

However, despite her hectic schedule, Christiansen has no intention of slowing down until some real changes occur.