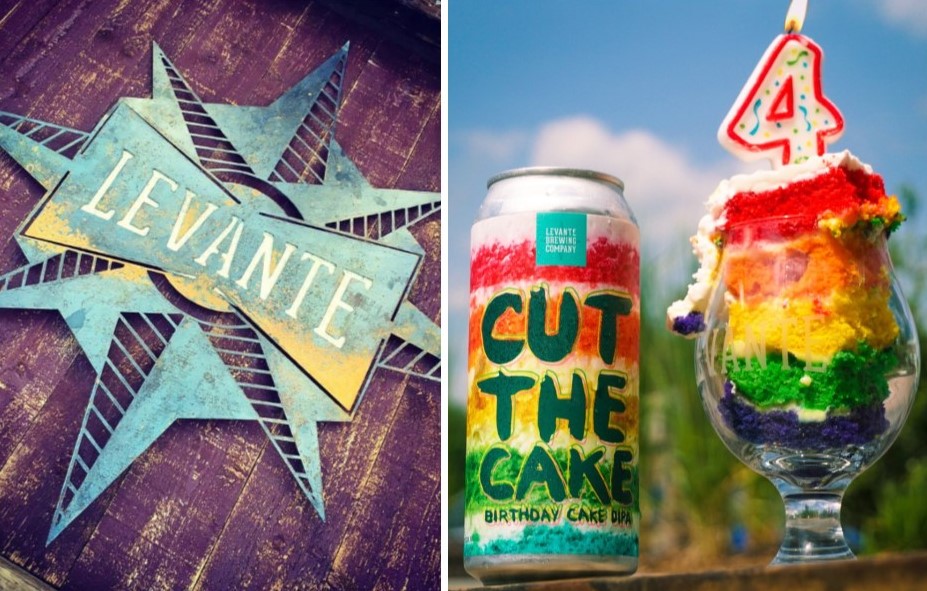 The brewery opened its doors for the first time in 2015, and its taproom has been keeping many customers satisfied ever since.

Every year, Levante does something special for the anniversary with its Helping Other People Party, or H.O.P. Party. During the party, the brewery accepts canned food donations for the Chester County Food Bank and Fiorenza’s Food for Friends. The donations are rewarded with a 10 oz. pour of the customer’s choice. In addition to good beer, the popular community celebration also offers local food trucks and live music.

Now, for this year, Cut the Cake will also join the party.

“Strawberry and raspberry purees lay the icing evenly throughout, while the batter is stuffed with Lucky Charms marshmallows, vanilla, and lactose,” the brewery said. “Last but not least, graham cracker crumbles provide the sweet biscuit crunch before waves of El Dorado, Citra, and Mosaic top it off with an extra layer of fruity hoppiness.”

The resulting taste is creamy, smooth, and delicious.

Read more about the celebratory brew at PorchDrinking.com here.