Home Archive The Heartwarming Reason Why a West Chester Boy, 12, Rescued Ducklings from a Sewer

The Heartwarming Reason Why a West Chester Boy, 12, Rescued Ducklings from a Sewer 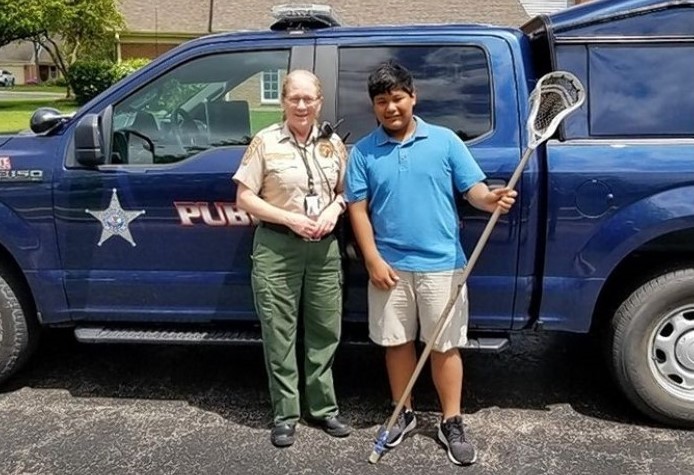 A resourceful sixth-grader from West Chester used his lacrosse stick to rescue eight ducklings from a sewer in suburban Chicago and help reunite them with their mother, writes Elena Ferrarin for The Arlington Heights (Ill.) Daily Herald.

Nathaniel Bray, 12, performed the lifesaving act while visiting his grandparents.

“Not many children 12 years old would do what Nathaniel did,” said Vicki Geier, an animal welfare officer with the Arlington Heights Police. “He was very resourceful with that net.”

The rescue struck a chord with Bray, who was adopted as a baby from Guatemala.

“I got separated from my birth mom, and I don’t want that to happen to anyone else,” he said.

On the day of the rescue, Bray went out to show off his lacrosse skills to his grandparents when he heard two women calling to him. They showed him where the ducklings had fallen in and asked him to lift the sewer grate. When he did, he found the helpless young birds.

He managed to get two out by hand and another four with his lacrosse stick before the professionals arrived.

After the rescue, the ducklings and their mother walked away unharmed.

Read more about the rescue in The Arlington Heights (Ill.) Daily Herald here.