County’s Democrats Elect Challengers Maxwell, Moskowitz to Run for Board of Commissioners 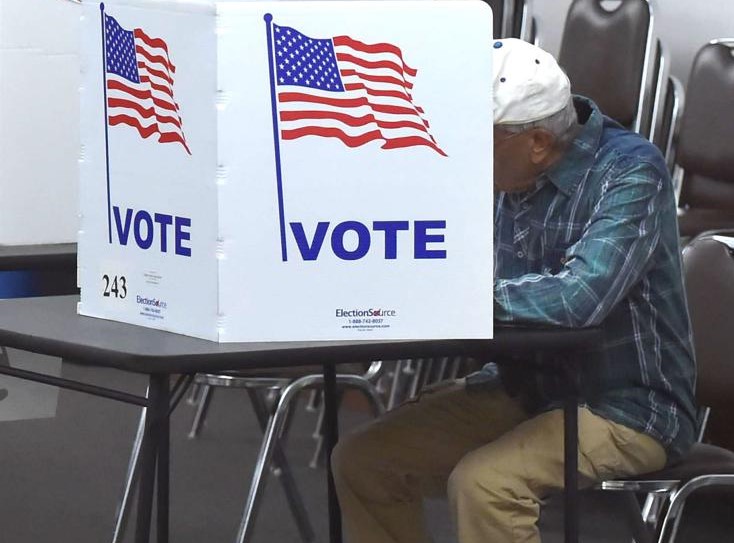 Image of a voter filling out his ballot in East Goshen Township via Pete Bannan, MediaNews Group.

In Tuesday’s primary, Democrats in Chester County appear to have elected Downingtown Mayor Josh Maxwell and Tredyffrin Township businesswoman Marian Moskowitz to represent their party in the fall election for the three-member Board of Commissioners, writes Michael Rellahan for The Daily Local News.

The two nominees will square off against current Commissioners Terence Farrell and Michelle Kichline in November. Both Republicans were unopposed in seeking re-election.

Maxwell, 35, was the only candidate endorsed by the Chester County Democratic Committee, and he led all vote-getters in his race with more than 34 percent of the vote in early returns. Moskowitz, 63, an entrepreneur who was active in the revitalization of Phoenixville in the early 2000s, garnered 26 percent.

Incumbent Commissioner Kathi Cozzone, 56, of Uwchlan Township, was seeking her fourth successive term on the Board of Commissioners, but received only 21 percent of the vote, while Ginny Kerslake, 55, of West Whiteland Township, took 17 percent.

All vote totals are unofficial until certified by the county board of elections.

Click here to read more about the results of the primary election for the Chester County Board of Commissioners in The Daily Local News.