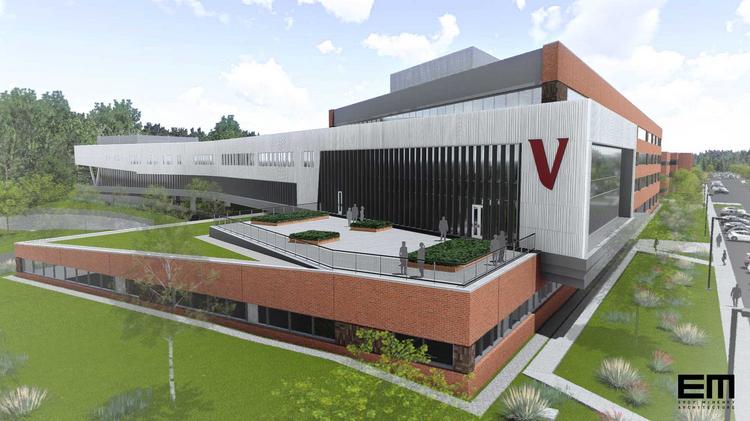 Vanguard is on pace to meet its construction goal of opening its new building in Malvern and moving employees there sometime in the fourth quarter, writes Jeff Blumenthal for the Philadelphia Business Journal.

According to Paul Begin, Vanguard’s head of global corporate real estate and facilities management, construction should be complete in September with 1,350 employees able to move in by Christmas.

The 240,000-square-foot, four-story building will be connected to the existing two buildings on the west campus by a two-story bridge.

Begin said that, while most of Vanguard’s existing buildings in Malvern have a more traditional design with offices and open cubicles, the company is shifting toward what it refers to as its Vanguard At Work design that stresses collaboration.

“Over time, I think the need for collaborative work space will only grow, so I would expect to see that design deployed moving forward,” said Begin.

The head count of Vanguard’s team at its Malvern headquarters grew by 700 or 6.5 percent last year, with expansion still ongoing at a rapid pace.

Read more about Vanguard in the Philadelphia Business Journal here.