Home Archive Girls from 215 Schools Across the Region Explore Careers in Science, Tech at Annual GETT

Girls from 215 Schools Across the Region Explore Careers in Science, Tech at Annual GETT 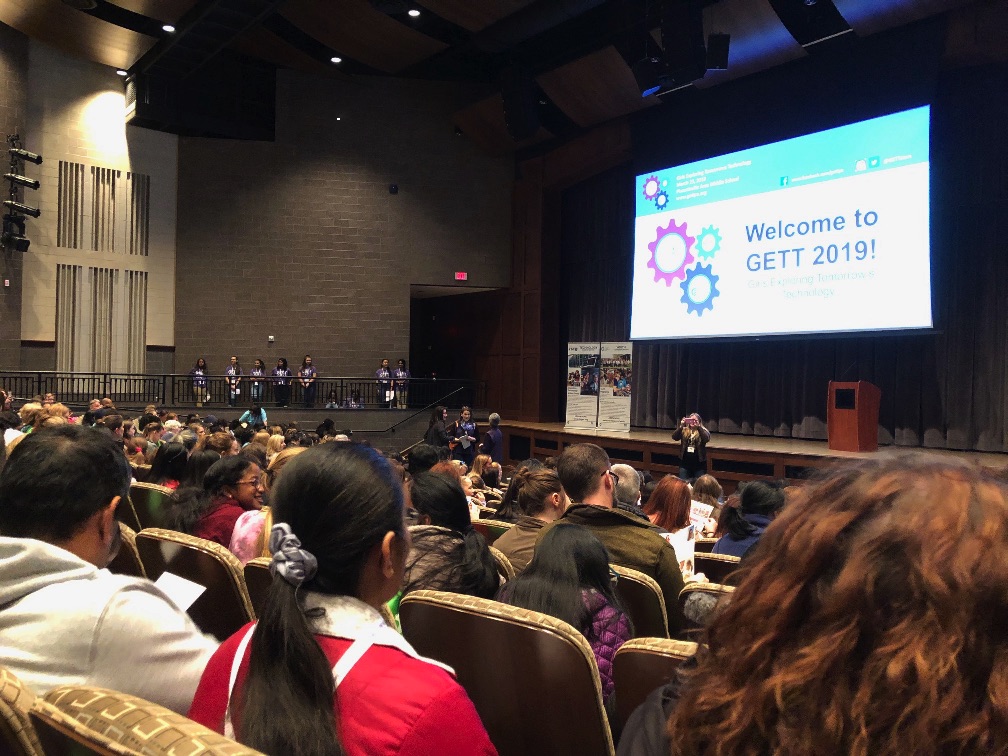 With Philadelphia just named the third-best city in the U.S. for women in tech, more than 1,200 girls, parents, and educators from 215-plus schools and six counties gathered at the 19th annual Girls Exploring Tomorrow’s Technology (GETT) in Phoenixville last Saturday.

GETT kicked off dramatically at 12:15 PM as a female-piloted Sikorsky helicopter landed on the grounds of Phoenixville Area Middle School in front a field full of hundreds of cheering girls.

Attendees and their parents also learned about career opportunities in a broad scope of STEM-related industries and interacted with female mentors from more than 65 of the region’s top tech companies, including Sikorsky, Vanguard, West Pharmaceutical Services, Cerner, Exelon, Analytical Graphics Inc, GlaxoSmithKline, Pfizer, Bentley Systems, and The Children’s Hospital of Philadelphia.

“The GETT program inspires hundreds of girls each year by encouraging them to explore careers in STEM and learn from dozens of successful female role models who work in a variety of fields,” said Gary Smith, president and CEO of the Chester County Economic Development Council.

GETT is a program of the Innovative Technology Action Group (ITAG), an initiative of the CCEDC, and is driven by the volunteer efforts of numerous public, private, and educator organizations, along with public and private investments.

New this year: A session was held for female senior executives from business, education, and government to discuss the issues and opportunities around increasing the number of women in technology and STEM careers.

The forum was led by Audrey Brady from Lockheed Martin and Brenna Quinn from Cerner and identified several recommendations, including increasing formal connections with mentors, year-round career exploration, and scholarships for female students entering tech careers.

GETT began in Chester County in 2001 as a response to the under-representation of young women in STEM-related industries. Since that time, GETT has expanded its geographical footprint to include southeastern Pennsylvania, south Jersey, and northern Delaware.