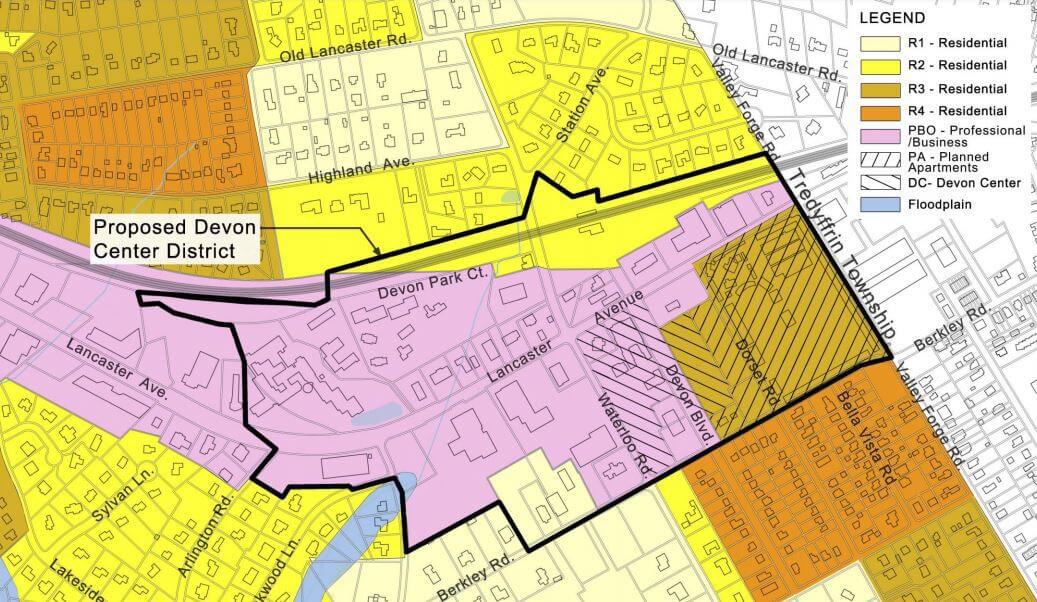 Using a $29,500 grant from the county, Easttown Township has formed an 11-member Devon Center Task Force to determine the parameters for the Devon Center concept, writes Linda Stein for the Daily Local News.

The task force met with developer Eli Kahn on Jan. 31 and heard a presentation for a new hotel, along with a retail/apartment building and parking garage near the Devon Horse Show grounds.

Kahn has not yet officially submitted his plans, which will necessitate some zoning changes. But he shared some preliminary sketches with the task force.

According to Eugene Briggs Jr., Easttown Township’s assistant manager and director of planning and zoning, the task force is expected to recommend a number of zoning changes by the end of the year. These recommendations would then be forwarded to the township’s Board of Supervisors for approval.

“The township is committed to modifying the zoning in Devon by the end of the year,” said Kahn.

Read more about the Devon Center plans in the Daily Local News here.