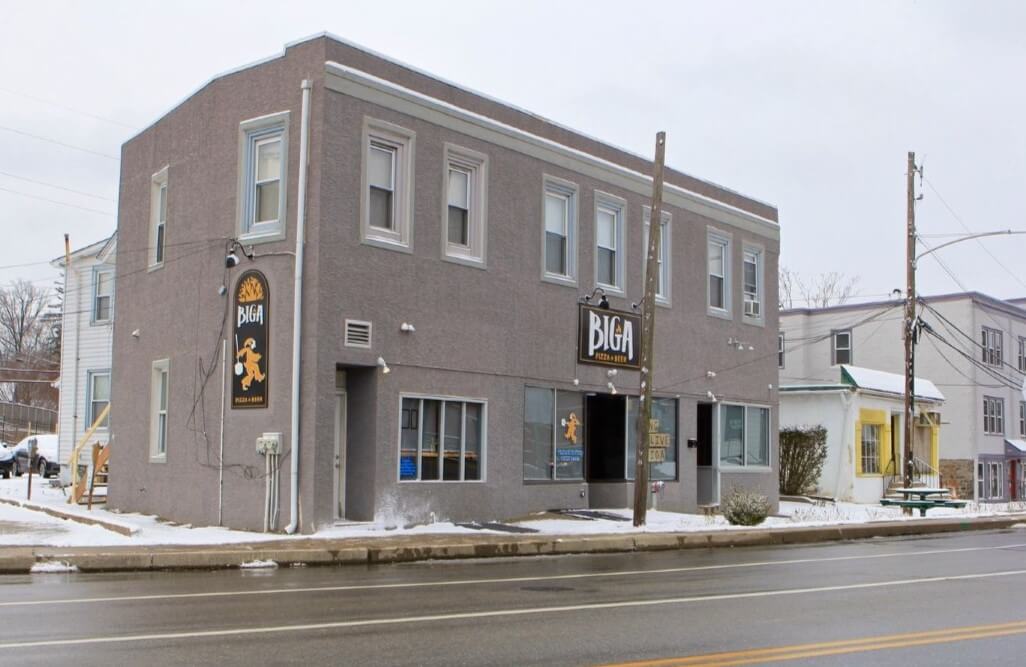 Berwyn-based La Cabra Brewing is opening a second restaurant on the Main Line, writes Michael Klein for the Philadelphia Inquirer.

The new restaurant, Bodega by La Cabra Brewing, will open at the former site of Biga Pizza & Beer in Bryn Mawr.

Dan Popernack opened La Cabra Brewing in a former furniture showroom across from the Berwyn train station at the end of 2016. He emphasized that the new restaurant is not a takeover and he is not getting into the pizza business.

According to Popernack, Bodega will be a “live-fire kitchen.” This means that the restaurant’s chef, Luke Loomis, will use the wood-burning oven from Biga to cook and flavor an accessible menu for both eat-in and take-out.

Bodega is expected to open in late spring. The bar at the new eatery will serve La Cabra’s beer and Pennsylvania wines and ciders.