Home Archive Based on This Criteria, Philly Region One of Five Areas Most Affected by Government Shutdown

Based on This Criteria, Philly Region One of Five Areas Most Affected by Government Shutdown 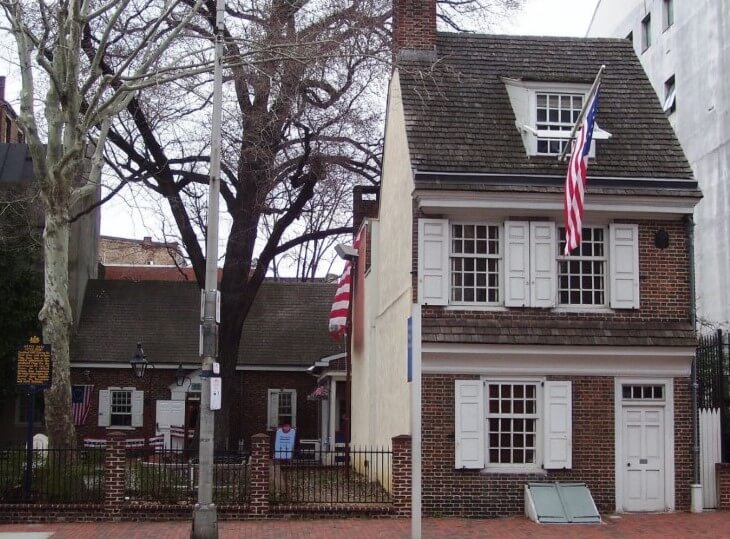 Image of the Betsy Ross House in Philadelphia via Wikipedia.

The Philadelphia region is among the areas most affected by the government shutdown, based on the amount of square footage leased by the General Services Administration, writes Kevin Varley for Bloomberg.

The GSA employs more than 1.2 million federal workers. It currently has more than 8,000 leases across the country that cost $5.6 billion in rent annually.

The GSA is the largest public real estate organization in the nation and rents 5,315,634 square feet with an annual rent of $122 million in the Philadelphia-Camden-Wilmington region. This puts it fifth for the most affected, out of the more than 700 metro locations throughout the country where GSA leases space.

The list is unsurprisingly topped by the Washington, D.C., area, where the GSA leases more than 50 million square feet of office and warehouse space for a combined rent of approximately $1.9 billion. The New York-Newark metro area is next, while Kansas City, the home of the Internal Revenue Service, is in third. The top five also includes the Atlanta-Sandy Springs-Roswell area in Georgia at No. 4.

Read more about the metro areas most affected by the government shutdown, based on the amount of space leased by the GSA, at Bloomberg here.