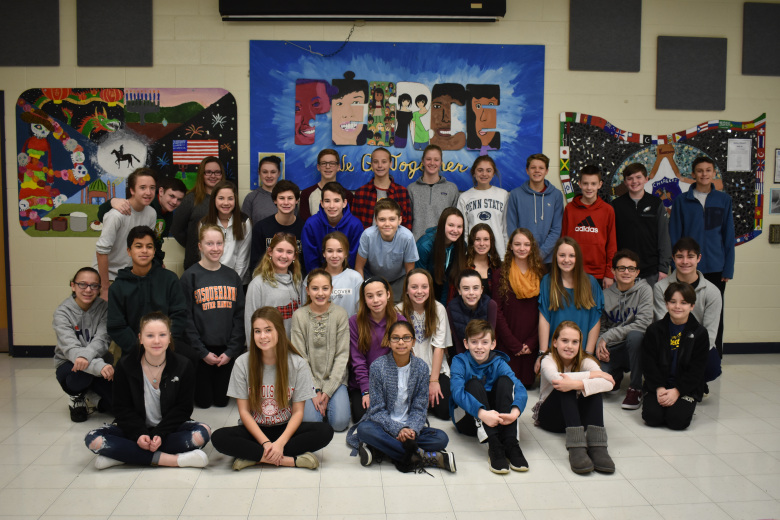 Students in Peirce Middle School’s Kids “4” Kids Club will be hosting a charity yard sale on Saturday, May 5 from 8 AM-1 PM at 1084 Forest Road in West Chester. Last year, the students raised more than $2,500 for charity through their yard sale, and they hope to top that number at this year’s event.

Kids “4” Kids members have been busy collecting items for the yard sale from their school community, family members, friends, neighbors, and members of the community. Shoppers will have the opportunity to pick up bargains on hundreds of items, including: baby gear and strollers, toys, sports equipment, video games, electronics, CDs, bikes, books, board games, outdoor toys, and countless other household items.

The yard sale will also have a festival feel to it, with a lemonade stand, baked goods for sale, and a moon bounce. Besides organizing the entire event, the Peirce students also solicited local businesses to support the yard sale, and those contributing to the event include Giant, Wawa, and Acme. 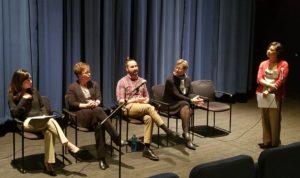 The CCFWG, Crime Victims’ Center of Chester County, and Colonial Theatre recently welcomed 64 community members for a free screening and panel discussion of The Hunting Ground in recognition of Sexual Assault Awareness Month.

The documentary explored the prevalence of sexual assault on college campuses, current lack of accountability for perpetrators and universities, and the persistent need to provide resources and broad-based support for victims of sexual assault and violence.

“During the film, I could hear audience members reacting to the stories and statistics they were hearing,” said Christine Zaccarelli, CEO of the CVCCC. “This was also apparent during the panel discussion as some voiced frustration with university policies and procedures that were depicted, as well as heartbreak for survivors of sexual assault.

“It was great that so many community members came out to watch the film and engage in meaningful discussion afterwards.”

The Berwyn-based supplier of aerospace services, structures, systems, and support has reached an agreement with Boeing to extend its current long-term agreement to supply composite detail and assembly parts for the Boeing 787 Dreamliner.

Under the agreement, Triumph Aerospace Structures’ business based out of Milledgeville, Ga., will continue production of composite parts for the 787 to be shipped directly to Boeing’s North Charleston, S.C., facility for integration into the aft body section of the airplane.