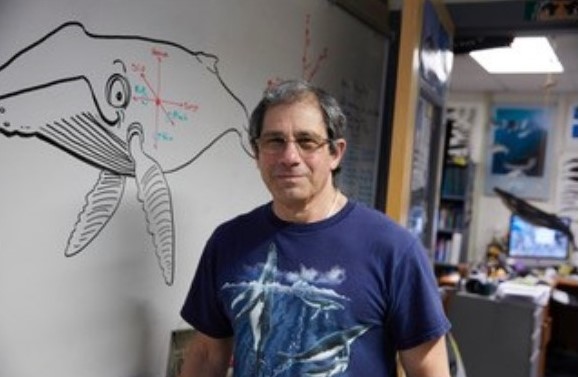 The European Patent Office (EPO) has named Frank Fish, biologist and professor at West Chester University, and his research colleagues as finalists for the 2018 European Inventor Award.

Fish, Stephen W. Dewar, a Canadian entrepreneur/inventor/filmmaker, and Philip Watts, a U.S./Canadian aeronautical engineer, have challenged and changed the notion that rotating blades in turbines and fans should be straight and smooth.

Based on the flippers of humpback whales, the research team has developed biometric turbine blades that can help wind farms produce up to 20 percent more power with less wind.

For their groundbreaking work, Fish, Dewar, and Watts have been nominated for the European Inventor Award 2018 in the category “Non-EPO countries.” The winners of this year’s edition of the EPO’s annual innovation prize will be announced at a ceremony in Paris on June 7.

“Dewar, Watts, and Fish’s invention has the potential to make an impact on worldwide energy consumption, particularly as we increasingly rely on green technology,” said EPO President Benoȋt Battistelli. “Their work shows how nature can serve as a source of inspiration and innovation, and how following this inspiration might lead to refreshing and unconventional technological advances.”

The research team is among 15 finalists selected by an independent, international jury from a pool of more than 500 individuals and teams of inventors.

“Dr. Fish’s innovative research is destined to have long-lasting global impact,” said WCU President Christopher Fiorentino. “His vast contributions to the field of science are recognized far and wide for solving problems and making a considerable difference in a world that has a number of sustainable challenges. We continue to be quite proud of his pioneering work.”

NonprofitOwned by Once-Troubled Former Drug Dealer, Synergy Houses in West Chester Invaluable for Those in RecoveryJanuary 15, 2021

EducationImmaculata to Host Online Info Session for Undergrads on TuesdayJanuary 14, 2021