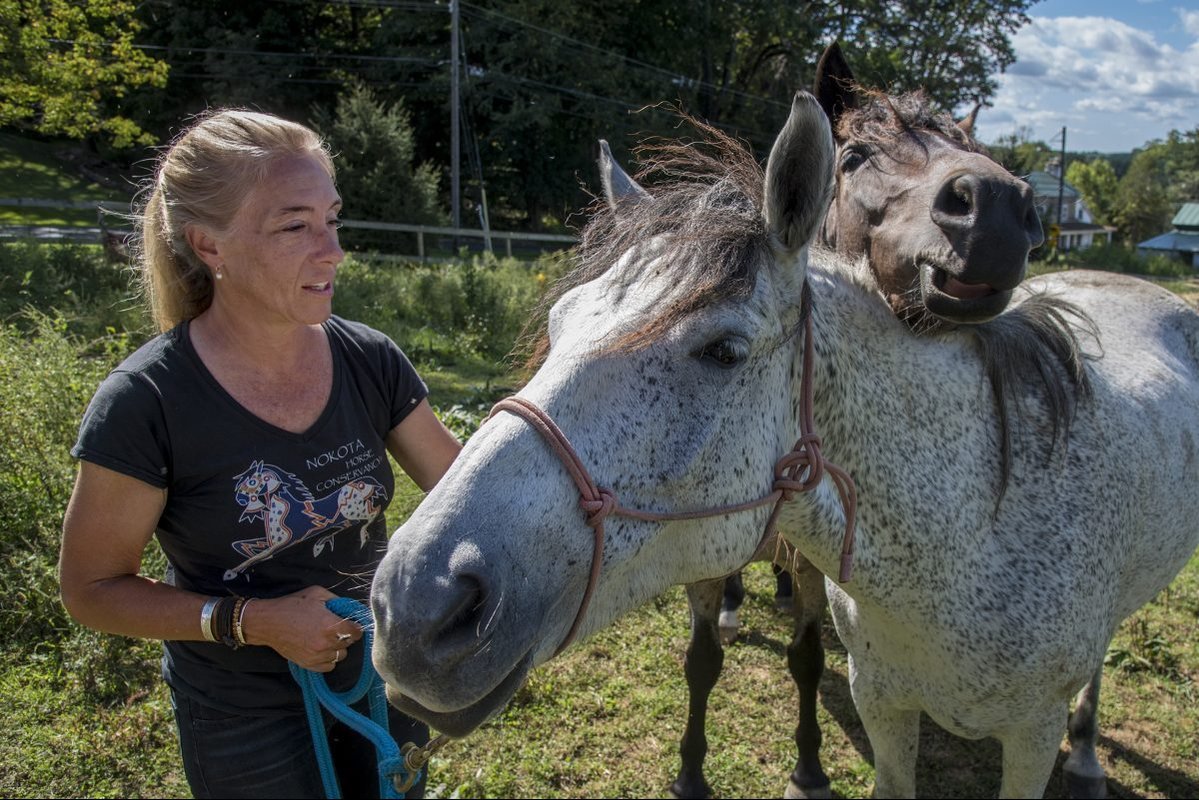 Christine McGowan wanted to help horses from the moment she moved onto a Birchrunville farm, but after hearing about the endangered wild Nokota horses, she knew where she had to help, writes Dan Geringer for the Philadelphia Inquirer.

McGowan, 51, was working in New York’s Fashion District when she realized she needed a change. So a decade ago, she moved with her husband and daughter to Malvern, before finally settling down in Birchrunville.

“Something was missing for me,” said McGowan. “I was really struggling inside.”

The farm was already a haven for rescued horses when McGowan first learned about wild Nokota horses from her neighbor, Whitney Jaeger. Nokota is a feral and endangered American breed, descended from North Dakota’s last surviving wild horses.

McGowan was immediately taken by the mystical bond between human and horse that her neighbor had with her Nokota, and decided to attended a four-day “colt starting” clinic.

McGowan returned from the clinic with two Nokotas, Moon and Kachina, and renamed her farm the Nokota Horse Preserve. Today, there are seven Nokotas roaming its 13 acres with more expected soon, and McGowan is hoping to continue her success in finding owners for the newcomers.

Read more about the Nokota Horse Preserve in the Philadelphia Inquirer here.