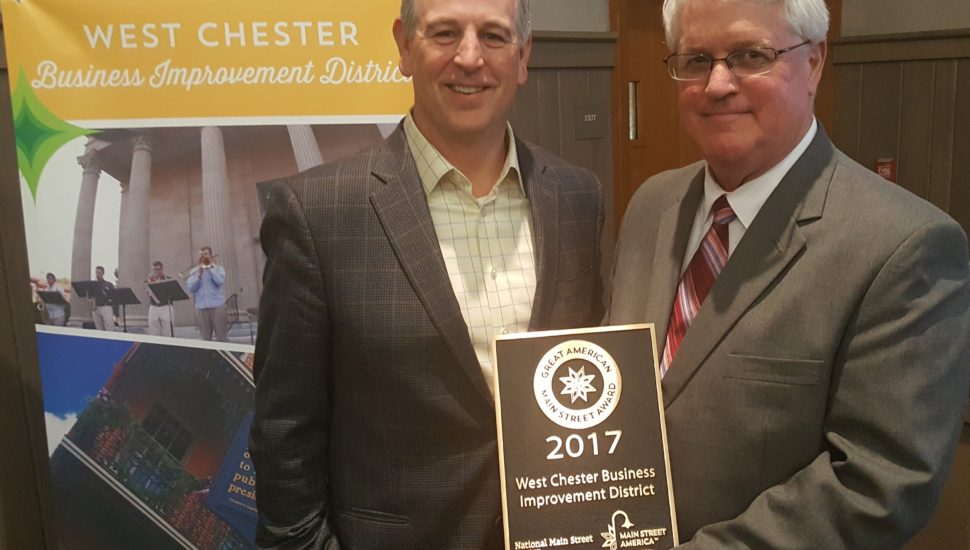 The Wolf Administration recently lauded the borough of West Chester after it was selected as a winner of the 2017 Great American Main Street Award at the Main Street American Conference in Pittsburgh.

West Chester is the first Pennsylvania community to be recognized with this distinction in nearly 20 years.

“I am very proud that West Chester was recognized by Main Street America for its success at revitalizing its business district and the surrounding area,” said Gov. Tom Wolf. “Pennsylvania is home to so many vibrant, active communities and West Chester is a model worthy of recognition.

“I want to thank the West Chester officials, small businesses, and residents for their commitment to the continued growth and improvement of their community.”

“We are thrilled Main Street America honored West Chester with this award,” said DCED Secretary Dennis Davin. “The borough’s highly successful transformation and revitalization shows the effectiveness of public-private partnerships, and DCED looks forward to continuing these efforts in West Chester and other communities in the commonwealth.”

Check out this awesome video on West Chester below.