Decade to Doorways, Phoenixville Foundation Bringing Free Screening of "Time Out of Mind" to Colonial Theatre 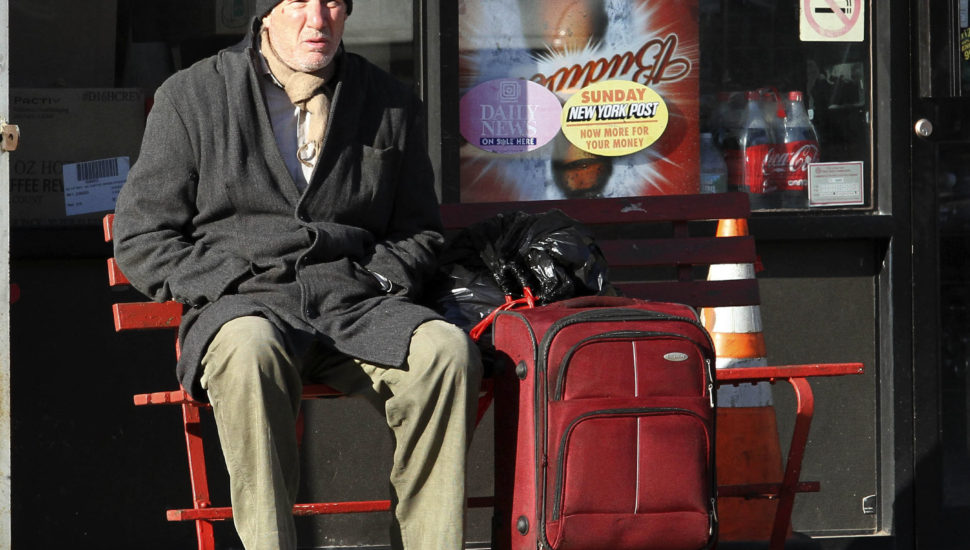 Although barely identifiable here, the film does, in fact, star Richard Gere.--via cdn.moviestar.com

Being one of the wealthiest counties in the state has not shielded Chester County from the issue of homelessness, as at any given moment nearly 700 people in the area are without a roof over their head.

To bring this issue into focus, representatives from Chester County’s Decade to Doorways, a ten year plan to prevent and end homelessness in the county, and the Phoenixville Community Health Foundation have organized a screening of “Time Out of Mind,” a film that showcases one man’s struggles with homelessness.

The drama, directed by Oren Moverman, depicts Richard Gere as George, a homeless, mentally-ill man who has been unable to hold a job for years, as he wanders through life looking for food, alcohol, and shelter. George also attempts to contact his estranged daughter, played by Jena Malone, and finally tries to take advantage of some of the social services provided for the homeless but lacks the proper paperwork to get the financial assistance he needs.

“This event will help to raise awareness of the current state of homelessness in Chester County, but as importantly, will help us to highlight the many organizations that are collaborating to prevent and end homelessness through the Decade to Doorways initiative,” commented Pat Bokovitz, Director of the Chester County Department of Community Development, the organization that oversees the Decade to Doorways initiative.

The free screening  of the critically the acclaimed movie, which also stars Ben Vereen, Steve Buscemi, and Kyra Sedgwick, will take place at 7:05 p.m. on March 9th at the Colonial Theatre, located at 227 Bridge Street in Phoenixville. Tickets that can be obtained here and are available on a first come, first serve basis.