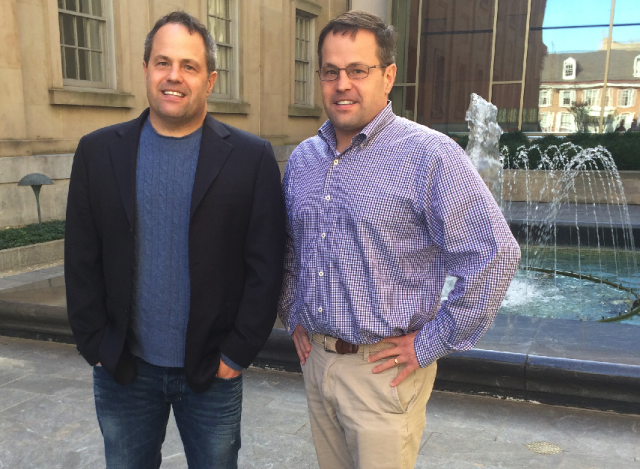 The brothers are refusing to pay millions in federal fines.

There may be a deal in the works in the long simmering feud between West Chester-based Powhatan Funds and the Federal Energy Regulatory Committee (FERC).

In 2010 FERC initiated a formal investigation into Powhatan over what the Feds alleged were illegal energy commodity trades made by Rich and Kevin Gates (above) who own Powhatan.

When FERC offered to settle the dispute out of court, the Gates twins declined and took their case public by launching their own website, lobbying for their cause in Washington, making presentations at energy and investing conferences around the country and granting interviews with the business editors of Philly.com and The Wall Street Journal.

In May, when The Wall Street Journal ran a column on the FERC’s tiff with Powhatan, the Journal columnist remarked, “FERC doesn’t seem to understand the difference between a wash trade and a washing machine.”

Both sides seemed intent to allow a judge to settle the matter. That is until last week when Norman Bay, FERC’s newly appointed Chairman and the official who initiated the case against the Gates brothers while serving as FERC’s Director of Enforcement, recused himself from any further proceedings between the agency he chairs and Powhatan.

The Gates’ response to Bay’s recusal came in the form of a brief email sent to supporters Friday, October 24th stating they had decided “to take down its website at www.ferclitigation.com” and decline, “all new requests to speak with the media and requests to present at conferences.”

Stay tuned to see how the Gates’ either resolve their dispute with big government or end up pleading their case to a judge.