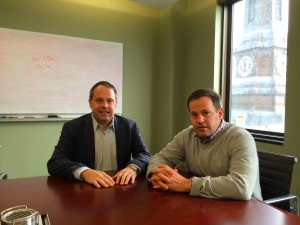 In March of 2014 when New York publisher W. W. Norton released Michael Lewis’ Flash Boys book, a tale of how high frequency traders had gamed Wall Street and were making millions of dollars every day “front running” everyday Wall Street investors’ orders, no mention was made of the book’s tie to Chester County and West Chester investor Richard Gates. 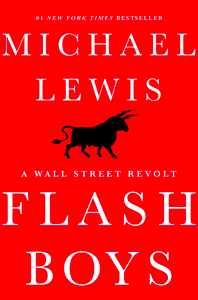 What readers may not know is their FERC battle is not the first time the Gates twins took on institutional authority and refused to buckle.

In 2008 and 2009, according to Michael Lewis’ description in Flash Boys, Rich Gates, who with his brother Kevin run TFS Capital, a West Chester-based mutual fund managing “nearly $2 billion belonging to 35,000 small investors,” began to notice something unusual about buying and selling shares on the open market.

Instead of his orders to buy 1,000 shares of a specific company at $100.01 per share waiting on the market until a seller came along willing to sell shares of that specific company to Gates at that price as was customary, Gates noticed instead, his buy order was instantly filled at $100.05 a share, losing Gates four cents a share or $40 on the transaction.

What Gates soon realized was that “some third party” was “seeing” his computer generated buy-order on the electronic exchanges and racing ahead of him to the 35 or so other private and public exchanges, purchasing the 1,000 shares Gates originally ordered at $100.01 from the seller and then selling those same shares to Gates at $100.05, in effect front-running Gates’ order.

Gates, according to Lewis, ran hundreds of such tests, trading and selling small blocks of shares using his own money and “getting ripped off a bit more than half the time.” Lewis records Gates’ shock when he realized his test trades done on Goldman Sachs, one of Wall Street’s largest and most storied financial institution, private exchange was rigged:

“When I first saw the results of these tests, I thought: This obviously is not right.  As far as he could tell, no one seemed to much care that 35,000 small investors could be exposed to predation within Wall Street’s most prominent bank.  “I’m amazed that people don’t ask the questions,” he said. “That they don’t dig deeper.  If some schmuck in West Chester, PA, can figure it out, I’ve got to believe other people did, too.”

How Gates discovered the market was rigged against small investors and what he and an unlikely band of Wall Street investors, bankers, computer engineers, and technicians did to even the playing field is masterfully told by Michael Lewis in Flash Boys (beginning on page 114) and in the 60 Minutes interview by Steve Kroft below.