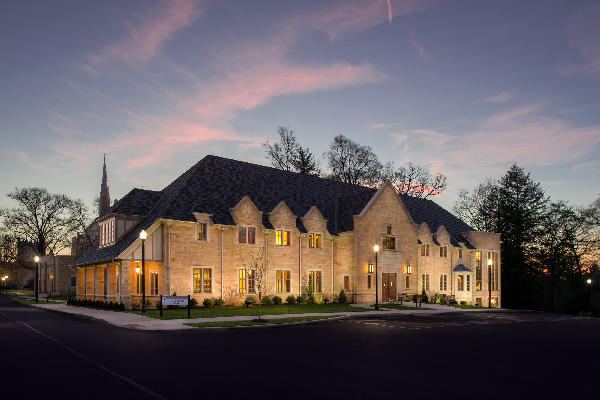 “The goal was to focus the spiritual life on campus by bringing the 23 student-run ministries that were scattered across campus into one place,” said Principal Dan Russoniello in a Traditional Building Magazine article describing the project.