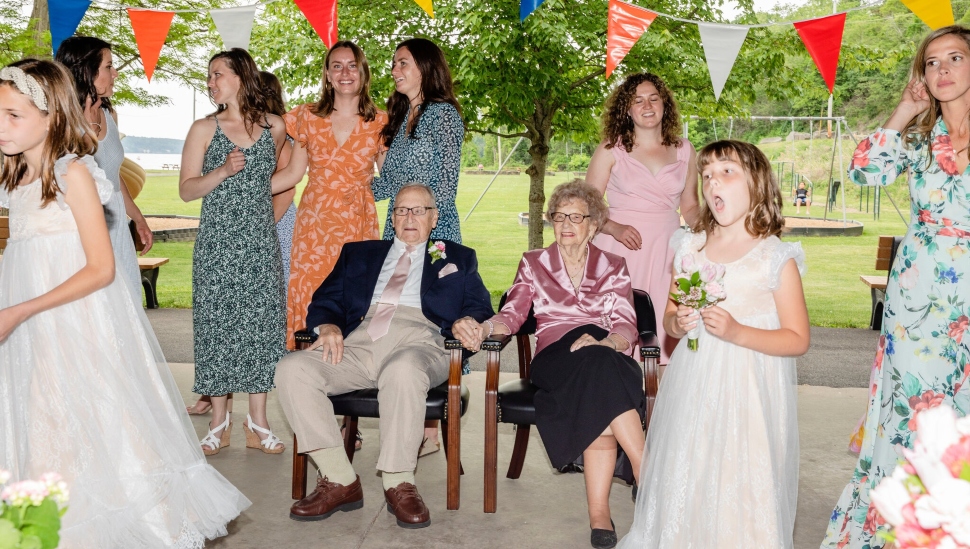 Image via The New York Times.
Joy Morrow-Nulton and John Shults Jr. surrounded by family and friends on their wedding day.

May 22 was a big day for Phoenixville native John Shults Jr. and Joy Morrow-Nulton, writes Tammy La Gorce for The New York Times.

Surrounded by friends and family, the sweethearts celebrated their 95th birthdays … and wedding.

The two were introduced by John Morrow (Morrow-Nulton’s son) two years prior. That first meeting, however, did not go swimmingly — Morrow-Nulton recalled being bored because the two men kept talking about work.

Still, when Shults invited her out to lunch, just the two of them, she accepted. They soon realized some startling similarities. They both:

The couple continued dating throughout the year. When the pandemic hit, they began spending more time at Shults’s home. By February 2021, they were vaccinated and engaged.

Read more about the happy couple in The New York Times.

EventsHow a Phoenixville Couple Squeezed in Their Wedding with Pandemic Lockdowns LoomingApril 15, 2021

Restaurants & LodgingNot Even a Fire Could Keep This Local Couple from Their Wedding DayMarch 8, 2021
Tags: The New York Times