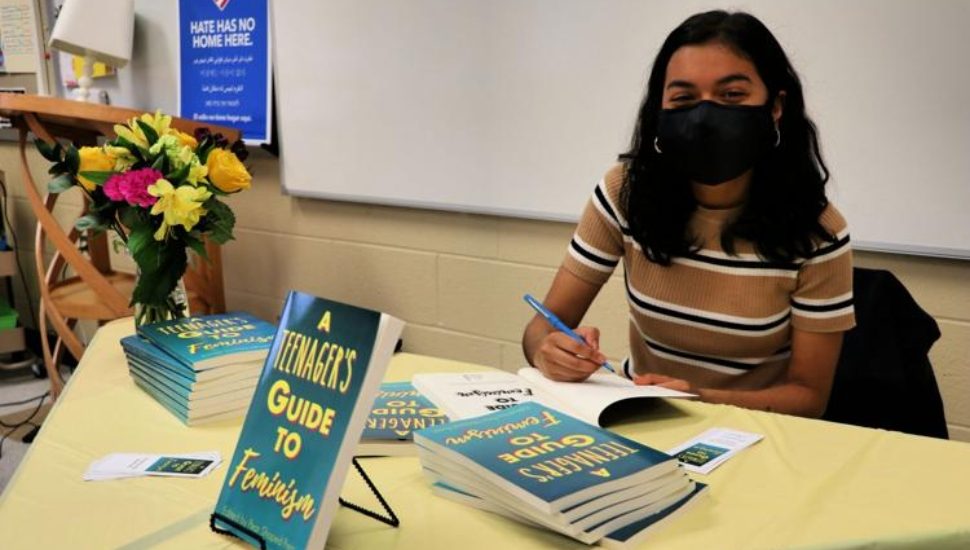 Karisma Jaini, a Rustin High School senior, has accomplished something that few people her age ever have, as the 18-year-old is now a published author, according to a report from the Daily Local News.

Her essay, “To You, Women, I Am Eternally Grateful,” is featured in the book A Teenager’s Guide to Feminism.

The book is a collection of essays, poems, and stories. Its aim is “… helping today’s youth navigate the necessary but sometimes controversial topics surrounding what it means to be a feminist or a woman in modern society.”

Jaini’s essay is brief but filled with emotion. It focuses on her struggles with heartbreak, self-harm, the illness of her father, and all the women who helped her leave those dark places behind.

She has previously written about events in her life, but this latest essay has special meaning for the young author.

“This piece is a turning point in my writing, where I started using writing to heal the traumatic things that happened in my past,” said Jaini.

Read more about Karisma Jaini in the Daily Local News.