Originally Scraped from Tree Bark in a Cemetery, New Yeast Knocks ‘Em Dead at This Brewery in West Chester 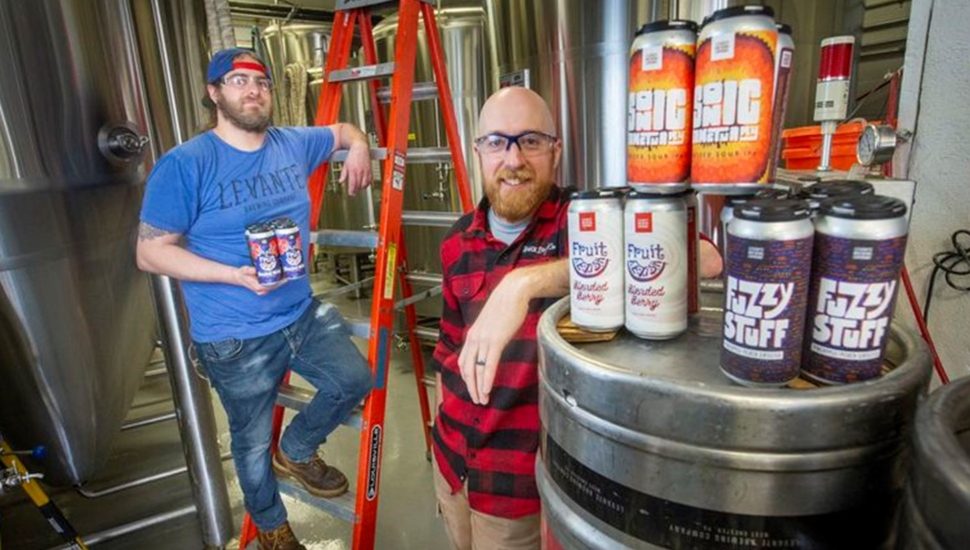 Philly Sour, a new beer yeast found in a Philadelphia cemetery and isolated in the brewing sciences lab at the University of the Sciences, is winning accolades from the local beer industry and beyond, writes Harold Brubaker for The Philadelphia Inquirer.

The yeast is being lauded both for the sour flavor it gives the beer and the time it saves the brewer. Making sour beer usually requires a delay either in the brewing kettle for bacteria inoculation or developing in wooden barrels.

Thanks to Philly Sour, this extra step can be skipped, shaving a full 24 hours off the time needed to bring a distinct tart to the yield.

Levante Brewing in West Chester is among the Philadelphia-area breweries offering the new beer to great success.

“We can skip that whole kettle sour process, so it’s saving us a full 24-plus hours of time in our kettle when we otherwise would be stuck just not being able to brew beer,” said Joel Sprick, quality manager at Levante Brewing. “That time savings alone has been really, really beneficial to us.”

Kurt Grunwald, quality manager at Tired Hands Brewing Company in Ardmore, tasted one of the trial batches four years ago when he was a student at the University of the Sciences. He recalled finding it hard to believe the taste did not come from the beer being soured in a wooden barrel, and he immediately reported it.

“The university decided to move forward with commercialization,” he said.

Read more about Philly Sour in The Philadelphia Inquirer.

Food and DrinkHalls of This Kennett Square Tavern Echo with More Than Just the Footsteps of Your ServerApril 19, 2021