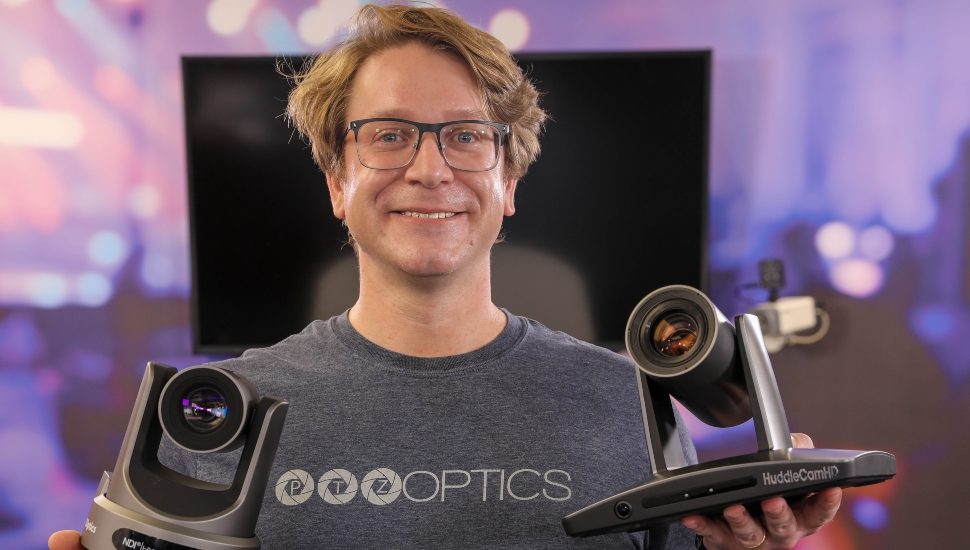 Matthew Davis, who grew up on an Angus farm in Chadds Ford, may not have forged the typical path to a career in technology, but that’s certainly where he is thriving today.

A graduate of The Westtown School, Davis said that when he expressed an early interest in electronics, his grandfather, a Princeton University-educated electrical engineer, took him under his wing. He taught Davis to “set up and build projects” as ways to learn. Also, one of Davis’s teachers at Westtown encouraged his exploration, research, and what Davis likes to call “tinkering.”

Aside from his grandfather, Davis, who studied electrical engineering and went on to graduate with a degree in Computer and Network Security from Drexel University, was inspired by 1980s culture and movies. He has a poster in his home office of the 1983 film War Games, starring Matthew Broderick, whose character unintentionally accesses the U.S. military supercomputer.

“I have a lot of fun revisiting a lot of that old content because the production styles definitely were not up to what you see in modern day,” said Davis. “It’s fun to break down and analyze what was going on and the decisions being made, and the music’s always great.”

“He basically had the entire telephone network mapped out in his head,” said Davis.

Working at Haverford Systems for the last 15 years, Davis said he always “had a feeling there was going to be more and more here with time.” Little did he know that socially distancing protocols of the last year would turn the products he and his team are designing into necessities for everyday business, learning, and socializing.

Haverford Systems has designed and implemented audiovisual technologies for corporate offices, houses of worship, schools, and warehouse and distribution facilities. One of the most important factors his team considers, said Davis, is ensuring these technologies are simple and can be easily adopted by anyone.

“We don’t say it has to be from your cell phone or your PC,” he said. “It should be whatever’s going to work nicely to make it flow.”

Davis said that while any manufacturer can make a PTZ-style (pan-tilt-zoom) camera, the tough problem is “looking at the pain points that exist for the product” so that both novices and experts can use the technology effectively.

“I think we’re just beginning to witness a time where the technology is not static but rather conforms to your needs and lifestyle,” said Davis. “As we see more people transitioning to hybrid or even entirely work-from-home models, the equipment and services need to become more flexible.”

As far as offering advice to someone who may be interested in a career in this field, Davis said, “the most important thing anyone can do is to teach themselves to look for those good questions. There’s a ton of problems out there, and you can try addressing all of them. But when you really look for that good question about why we are doing it this way, or why we can’t do it that way, you start to go down a path of discovery.”

If you’re looking to learn ways to blend technology seamlessly into your office, worship, or classroom space, contact Haverford Systems at questions@haverford.com.

TechnologyTech Tips With Margaret: How Will Your Company Handle Remote Work After the Pandemic Ends?April 20, 2021

Food and DrinkEstrella Gives Patrons a Taste of Texas Deep in the Heart of DowningtownApril 16, 2021