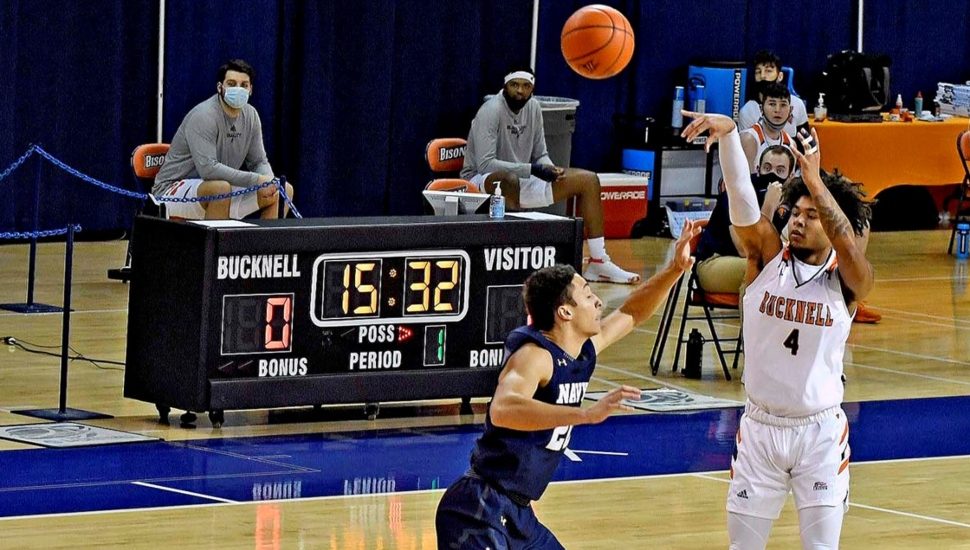 Coatesville native and Malvern Prep graduate Deuce Turner, a freshman guard at Bucknell University, was named Patriot League Men’s Basketball Rookie of the Week last week after helping the Bison to a two-game sweep of Lehigh.

Turner registered career-highs in points (17), assists (four), and steals (three) in an 84-70 victory over the Mountain Hawks on Jan. 30. A day later, his seven points and two steals propelled Bucknell to a 92-68 victory Lehigh.

Having scored 2,452 points in high school, Turner is the all-time leading scorer in the illustrious history of the Inter-Ac League.

“Deuce is an explosive scorer, and he can do so from all three levels,” said Bucknell coach Nathan Davis. “Because of his scoring prowess, he is very underrated as a passer. He is a good athlete.”

Bucknell is on a four-game winning streak, having evened its record at 4-4 after starting the season with four straight losses.