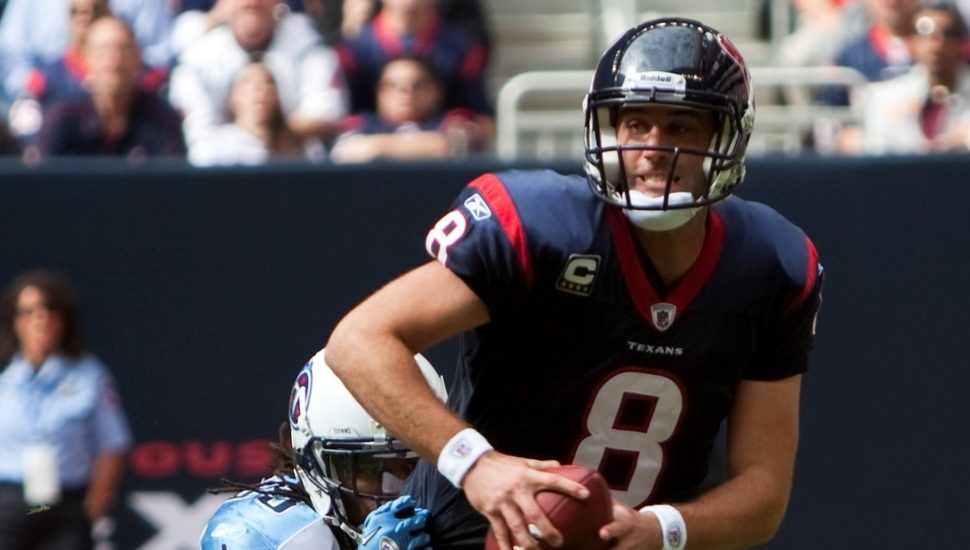 Matt Schaub, who grew up in East Goshen Township and graduated from West Chester East High School, has announced his retirement after 17 years in the NFL, writes Neil Geoghegan for the Daily Local News.

“I’m very fortunate and blessed that my career lasted that long,” said Schaub.

However, the decision to finally hang up his cleats was not a difficult one.

“I feel great about it,” he said. “I’ll never say never (about a return to football) because you never know what might happen, but I am fully content and satisfied.”

Schaub was drafted by the Atlanta Falcons in 2004. He later played for the Houston Texans, Oakland Raiders, and Baltimore Ravens before returning to the Falcons in 2016.

Now that he is retired, he plans to spend more time with his family.

“They’ve sacrificed so much for me, so this is a time where I want to dive into what is going on in their lives,” he said.