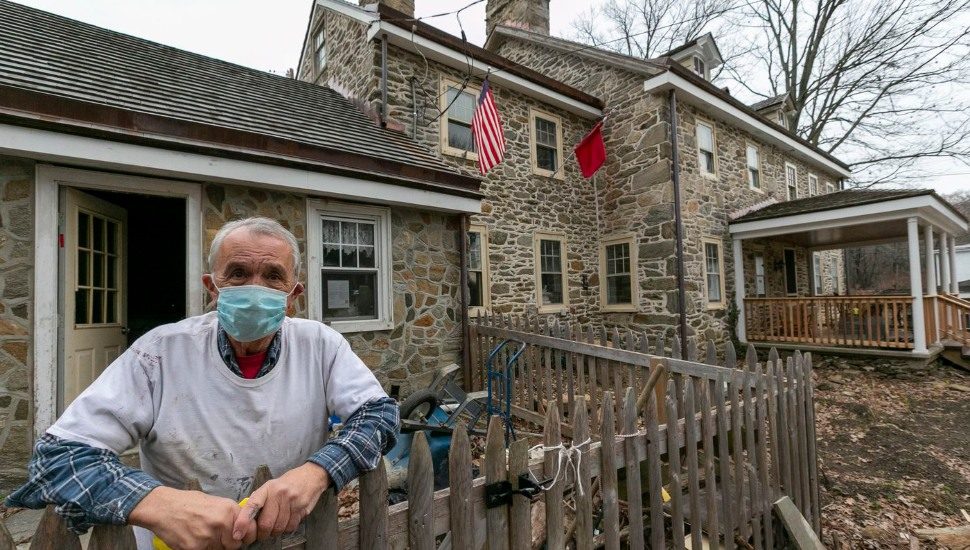 Tony Morinelli, a retired humanities teacher and theater director at the Shipley School, now devotes his time to restoring pieces of local history, writes Paul Jablow for The Philadelphia Inquirer.

Morinelli, who is an accomplished artist and holds a doctorate in medieval history, bought an abandoned 18th-century mill owner’s home in Havertown and moved in two years ago.

At first, he only had two rooms operational, but since then, he has made an apartment for himself and converted part of the house into an Airbnb to supplement his Social Security income.

He has also started a GoFundMe campaign for the Harford Hall project, as he named it, which he hopes will enable him to restore the original 1698 wing of the house and turn it into a free museum.

The project comprises four buildings, three of which are connected, and is a classic example of old Penn Quaker Welsh homes.

“It has filled my every day,” he said. “In a sense, it’s a rebirth for me. It is the embodiment of everything I love: history, art, buildings, architecture, nature, and gardens.”

Read more about Tony Morinelli in The Philadelphia Inquirer by clicking here.