New York Times: Squirrel Tables Are an Adorable Trend, and It All Started in Bryn Mawr 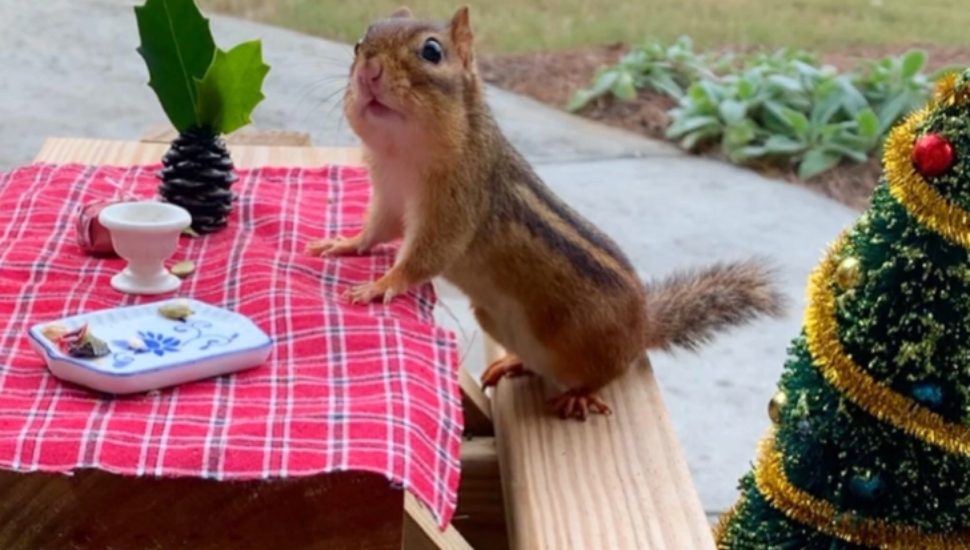 Image via The New York Times.

Squirrel tables are among the few positive (and adorable) trends to emerge during the pandemic, and it all came to be thanks to a Bryn Mawr plumber, writes Lia Picard for The New York Times.

In March, Rick Kalinowski posted several pictures of a squirrel feeder in the Facebook group “All About Squirrels.”

In the pictures that soon went viral, with nearly 300,000 shares, a squirrel is sitting at a table that is attached to a fence and holding peanuts with its tiny hands.

The image of a cute animal doing something so humanlike impressed and inspired many squirrel enthusiasts.

With a lot of time on their hands due to the pandemic, people were thrilled with the idea of building squirrel tables of their own and putting one in their backyards.

Others have made a business of it, posting squirrel tables on Etsy for sale.

The resulting images have gone on to delight millions of people and lift their mood during these challenging times.

Read more about squirrel tables in The New York Times by clicking here.

CultureCoatesville Woman's Artistry Inspired by the Work of This 19th-Century PoetApril 20, 2021

EducationHarcum College to Showcase Its Degrees in Career-Ready Majors at Open House on SaturdayApril 16, 2021