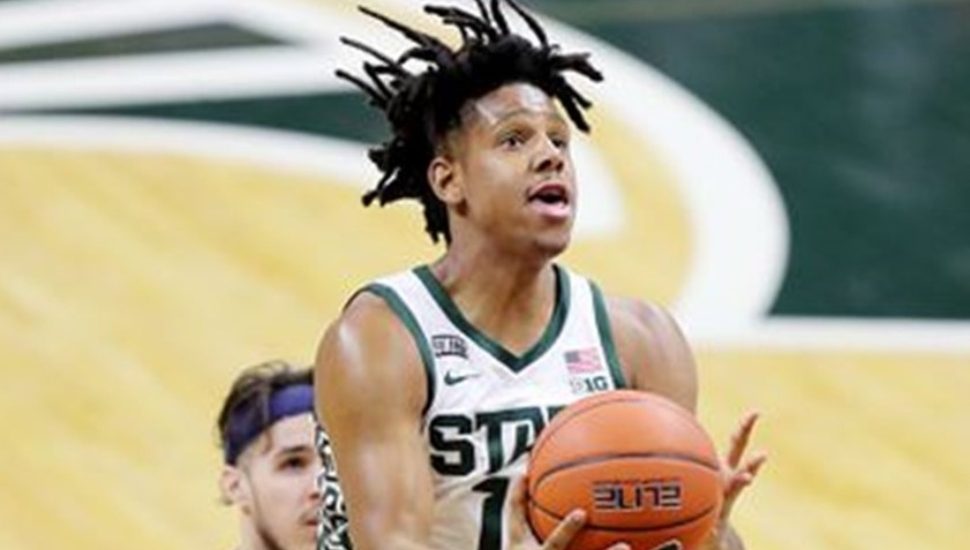 Coatesville native A.J. Hoggard recently entered the starting lineup as a freshman point guard for the Michigan State basketball team, and his promising performance in an 84-77 victory over Nebraska has his Hall of Fame coach thinking it’s a harbinger of great things to come, writes Kyle Austin for MLive.com.

His passing provided a much-needed spark to an offense that had grown rather stagnant after Michigan State’s 0-3 start to Big Ten play.

“I think the bright spot is you can see he has a feel for the game and a flair for it; he can get in the paint and make some plays,” Spartans coach Tom Izzo said of Hoggard. “All in all, I was very pleased with how he played.”

The coach was especially complimentary of Hoggard’s play, considering he had been slowed by a preseason injury in Michigan State’s first few games.

“I thought he did a hell of a job, to be honest,” Izzo said.