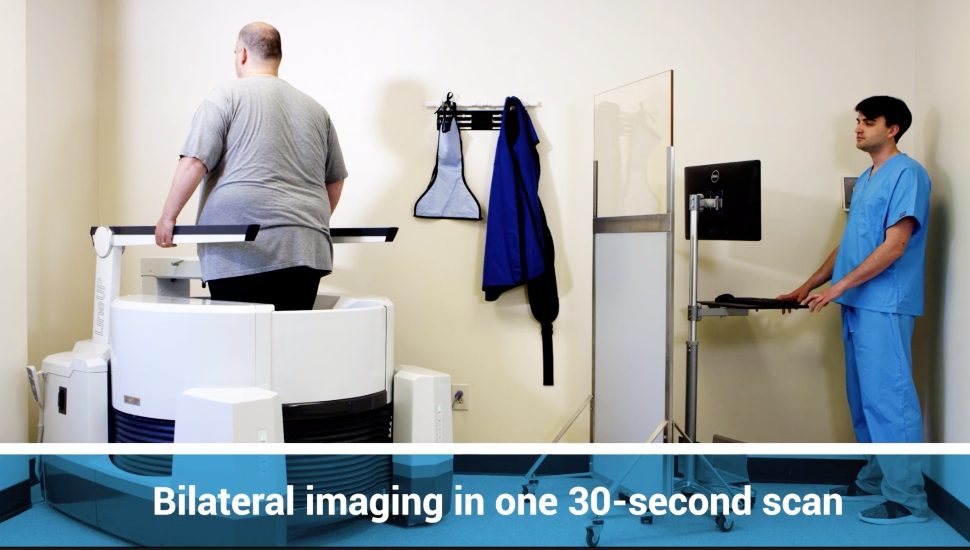 In December, Hatfield-based CurveBeam helped track the progress of Joe Biden’s broken foot with its unusual medical device that allows the taking of CT scans while standing upright, writes Terri Akman for The Philadelphia Inquirer.

When Biden fractured his foot in November while playing with one of his dogs, he had to wear a walking boot for a few weeks.

When the time came to check on the progress, he headed to Pennsylvania Hospital, where he stood upright as a device scanned his foot. The scan showed that the foot was healing up fine.

The $185,000 device is a new technology invented by CurveBeam.

“Until we came to the market in 2012, CT scans could only be done in a lying down or supine position,” said Arun Singh, CurveBeam’s president and chief executive. “Only plain x-rays could be done in a standing position, but they were limited because they were two-dimensional images of complex three-dimensional objects.”

The technology is especially useful in orthopedics as it allows surgeons to see what is happening to a foot when a patient is standing on it.

Read more about CurveBeam in The Philadelphia Inquirer by clicking here.