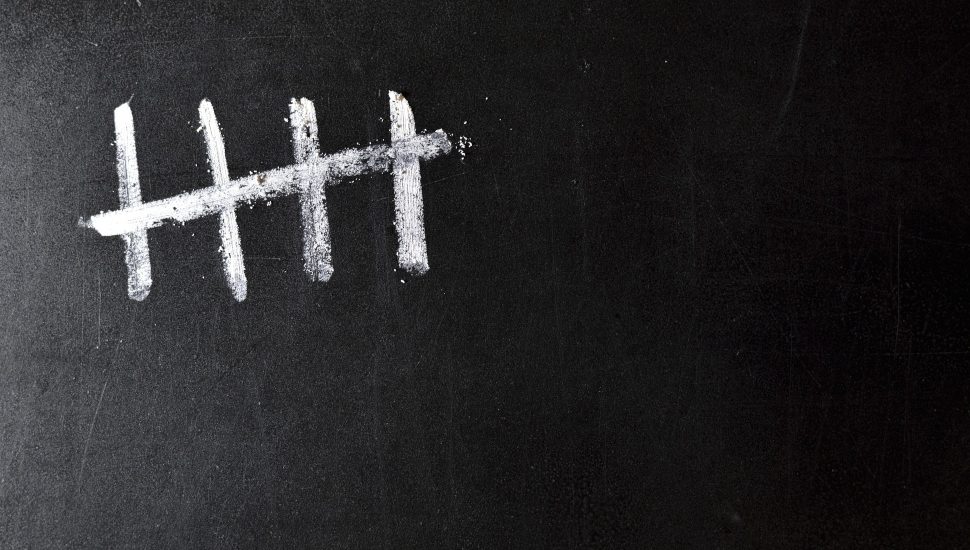 Five days. That was all I asked of myself.

A piece by Christina Caron of The New York Times had caught my eye as 2020 sputtered to a close. Be less draconian about resolutions for 2021, she suggested.

Since all of 2020 felt draconian, Caron’s suggestion spoke to me. Instead of committing to a year of self-improvement, I decided on five days.

In my mental checklist of things I should be doing better, the easiest to tackle seemed to be sugar. Specifically, my dependence on lava cakes.

I realize how trivial that sounds, now that I’m saying it outside of my own head. But a joke around my house centers on my ill temper when I can’t have a lava cake.

But I needed a substitute, something else to look forward to in the day’s harder moments.

I found a recipe for a latte. It called for tea and warm almond milk, made frothy by almond butter instead of whole milk and sugar.

I start my five days without sugar on the first Monday of 2021. It’s the day the kids return to virtual school, which I think we can all agree is the second circle of hell, the one Dante reserved for “sinners of the carnal kind.”

Had we all kept our pants on a few years ago, we’d be able to walk around without them now. But one wrong turn and now your high schooler’s history class knows you still wear Underoos, forever damaging her social capital.

It goes pretty well, that Monday, although I discover the almond butter latte resembles hot buttered rum only in that they are both liquids.

Tuesday feels a bit rougher. I’m sitting through a telehealth appointment with my dad’s neurologist. My dad has been told to stop driving. He tells his doctor this is the thing he dislikes most about his Parkinson’s disease.

I would have picked his hallucinations of our dead cat, but I’m not there to judge. Maybe the dead cat likes going for car rides.

My dad confesses to being lax with his speech exercises. He feels awkward doing them in front of my mom.

You may have guessed from her empathy that she’s a nurse. Retired for a decade and still a regular Florence Nightingale.

I suggest my dad do his exercises when my mom is out picking up groceries or taking a walk.

“You’re kicking me out of my own house!” she shouts at me.

Seriously. She’s such an inspiration.

Wednesday morning finds me in black eyeshadow and three coats of mascara as I adjust the lighting around my computer. I turn on the camera. The smoky eye and bared lightbulb have not made me the beauty I was hoping to be for my work meeting.

Worse, the heavy makeup in the harsh glare of sunlight filtering through my dining room makes me look like I just rolled in from a bar where I neither stayed there nor went home.

I listen to the meeting as I cling to the fallacy the latte is just as good as a lava cake.

By Thursday my husband has departed for his family’s cabin, a three-room shack in the middle of the woods. He later tells me it takes him two hours of stoking the woodstove before the temperature gets up to fifty degrees.

I wonder if I should take offense to this chilly cabin with an outhouse for a bathroom and no Wi-Fi being a more appealing alternative than a sugar-free wife.

Friday is Day 5. A headache has plagued me for three days. Almond butter lattes don’t soothe the pains of sugar withdrawal.

I end Day 5 at eight o’clock Friday night, diving into my lava cake, savoring cake saturated with molten chocolate. I lick my fork, thinking this is what it must feel like to lick Timothy Olyphant.

I’m feeling conflicted about that lava cake come Saturday. That’s when I stumble across an article in USA Today. The author, Alia E. Dastagir, says some participants of Dry January ended it the day the Capitol building was sieged.

While I wasn’t exactly engaged in Dry January, I empathized with Wednesday’s fractured willpower. Ten months of everyday life problems combined with a perpetual stream of social catastrophes we blithely thought would end in 2021 has been like living in the movie Parenthood set to Mad Max.

But Dry January doesn’t have to end because we indulged, Dastagir says. Start over.

Maybe I’ll do just that.

But if someone could send me Timothy Olyphant, I’m pretty sure I won’t need any almond butter lattes.