Kennett Teen Recognized by Gov. Wolf, Time Magazine for Her Work During Pandemic 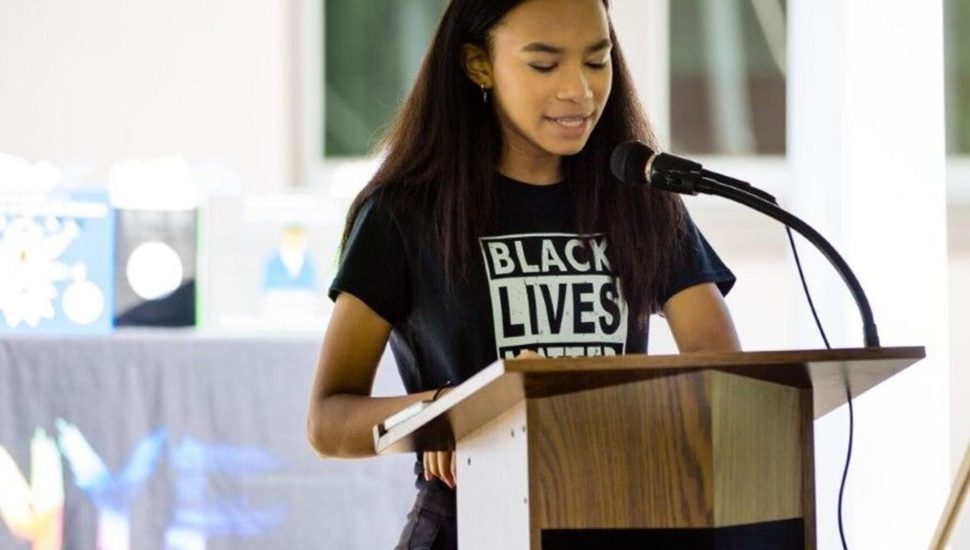 Kennett High School sophomore Isabella Hanson spent her lockdown changing the world, which has earned her a special commendation from Gov. Tom Wolf and a spot on the Top 50 list for the Kid of the Year Award from Nickelodeon and Time magazine, writes Steven Hoffman for the Chester County Press.

The commendation praises the teen as part of “the rich heritage of individuals who have made contributions to their communities and our commonwealth.”

Wolf emphasized Hanson’s work on organizing Kennett’s “Juneteenth: Network to Freedom” celebration, as well as her involvement in creating a national youth poetry contest that focused on the theme of why black lives matter.

The Juneteenth celebration was the first major event Hanson had coordinated. When she came up with the idea, her mother, Sophia, encouraged her to apply for a Gucci Changemakers grant.

The grant was awarded, which helped make the socially distanced event held on June 19 possible. The celebration was a huge success, and Hanson is already planning next year’s event.

As she was organizing the celebration, the teen used the remaining money from her grant to establish a nationwide, K-12 poetry contest titled “I Matter.”

TemporaryChester Springs Teen a Finalist for Inaugural ‘Kid of the Year’ Award from Time, NickelodeonNovember 17, 2020

Kennett SquareKennett High School Soccer Coach Honored with National Award for His Service to the SportNovember 16, 2020

Kennett SquareOutdoor Dining – ‘One of the Coolest Things We’ve Done’ in Kennett Square – a Lifeline for RestaurantsOctober 1, 2020