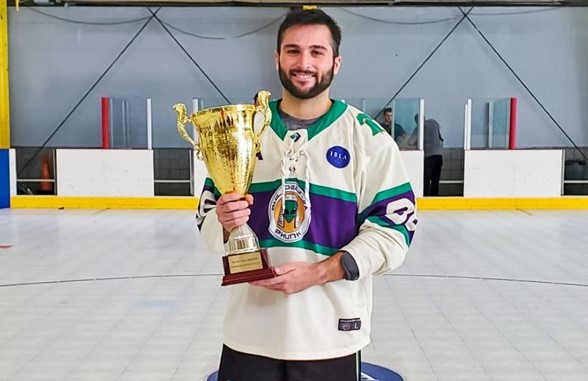 VISTA Today is many things.

It’s an online celebration of Chester County. It’s a vehicle for creative storytelling and an advocate for the small business community. You might even say that VISTA Today, with its focus on the positive and upbeat, is a mindset.

Now, it’s also the home of a lacrosse champion.

Mitchell Phillips, who spends his 9-to-5 and even the occasional evenings as VISTA Today’s Social Media and Visual Content Manager, and his teammates on the Philadelphia Phunk won the Interstate Box Lacrosse Association’s championship last Sunday.

The IBLA, with 32 teams throughout the country, is a men’s semi-professional box lacrosse league that serves as an official partner and development funnel to the National Lacrosse League. 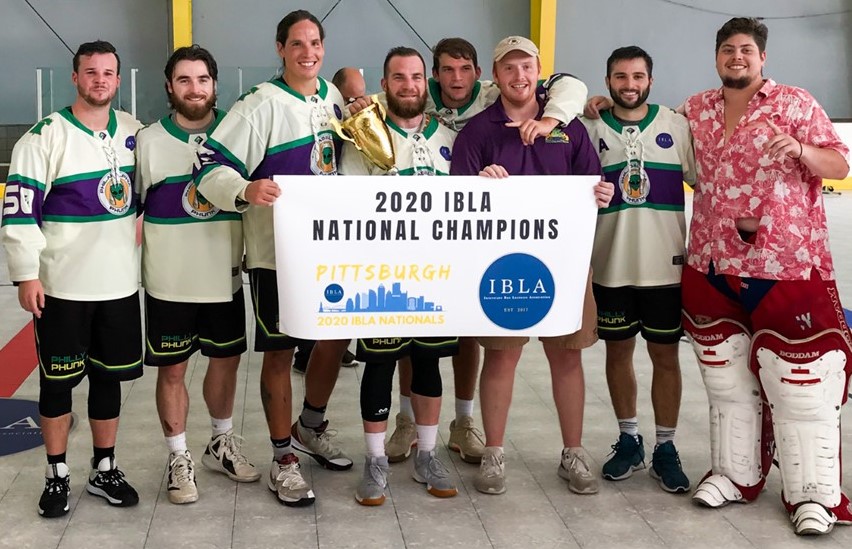 Mitchell Phillips, second from right, poses for a picture with a few of his teammates. General manager Chris Drake, who assembled the championship team, stands third from right.

The Phunk, buoyed by Phillips’s third-period goal in the title game, defeated the Minneapolis Wheat Kings, 9-5, at the Robert Morris University Island Sports Center near Pittsburgh to capture the franchise’s first-ever championship. 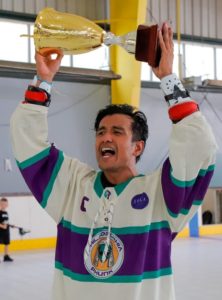 “Lacrosse has always been a huge part of my life, and I’m extremely grateful to have the opportunity to continue playing competitively at a high level and on a national stage,” he said. “Box lacrosse is a much faster and more physical form of lacrosse than the traditional field lacrosse I’ve played most of my life. The sport is growing quickly, and I hope that our championship sparks even more interest in lacrosse in the area.”

With the contest knotted at 5 midway through the second period, the Phunk, who are based out of Voorhees, N.J., scored the game’s next four goals to secure the crown. Eight different players scored for the Phunk, including Lower Merion graduate Tyler Kopen, Marple Newtown grad Tyler Kostack, Penncrest grad Adam Yee, and Springfield-Delco grad Mike Gerzabek.

Also, a few players on the team represent the Iroquois, a historical indigenous confederacy in the Northeast who are known as the originators of modern-day lacrosse.

“Their passion and what the game means to their culture is incredible,” Phillips said of his Iroquois teammates.

Story of Phoenixville Native, Lacrosse Player at Saint Joe’s a Familiar One for NCAA Spring-Sport Seniors