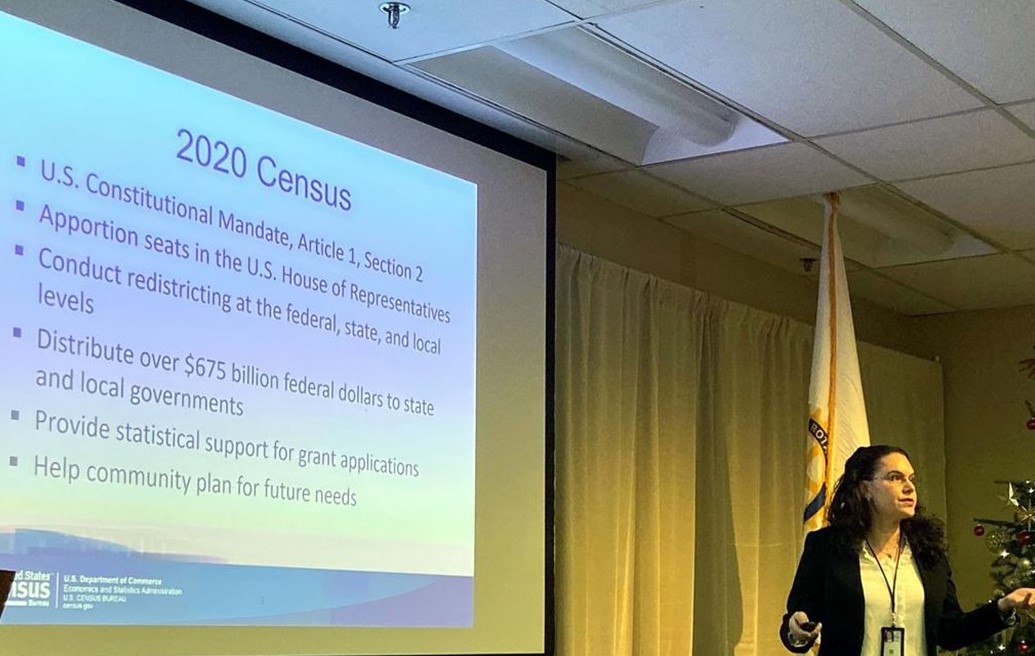 An official with the U.S. Census Bureau talks to members of the Longwood Rotary Club.

Chester County has the second-highest response rate among the 67 counties in Pennsylvania for the 2020 Census, as 76.7 percent of residents have already filled out and submitted their forms, writes Jesse Musto for The Allentown Morning Call.

Out of that number, 68.7 percent of respondents have returned their completed forms through the Internet. This switch from traditional methods further highlights the growing trend toward using an electronic format, which should help reduce both the time and costs involved.

Now, with nearly a month left to go, Chester County has already surpassed its response rate (75.6 percent) for the 2010 Census.

Bucks County currently has the state’s highest response rate at 77.4 percent. Lancaster and Montgomery counties are third and fourth, respectively.

Overall, Pennsylvania ranks 18th nationwide with a response rate of 67.8 percent, which is just above the national average of 65 percent.

With Federal Funding at Stake, TMACC Encourages Everyone to Participate in Upcoming Census