Gay Street Open Air Market Debuts in West Chester; Get Your T-Shirt to Support the Initiative 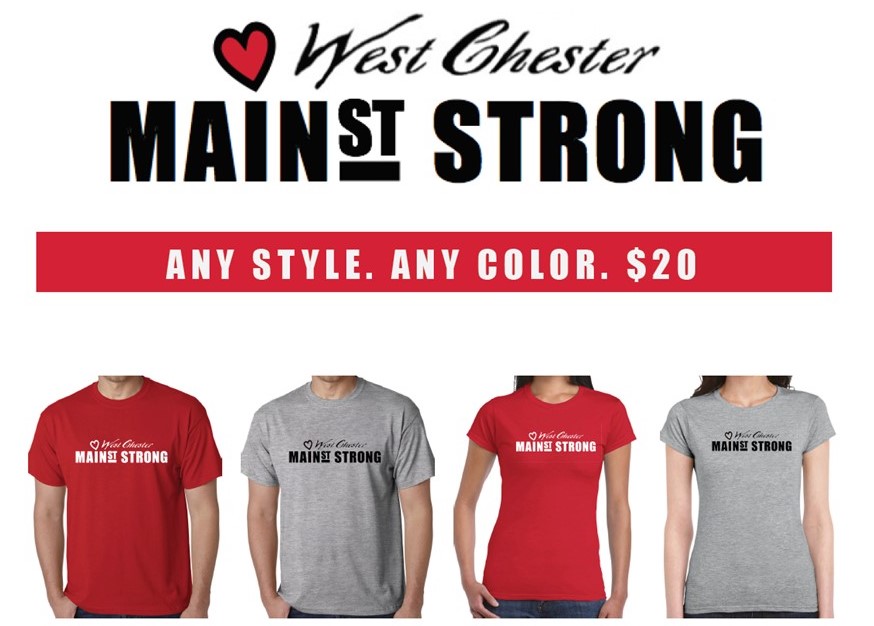 The Gay Street Open Air Market is officially up and running, as four blocks were closed to vehicles at the beginning of the week to better and more safely accommodate shoppers and diners.

The Gay Street Open Air Market is officially up and running, as four blocks were closed to vehicles at the beginning of the week to better and more safely accommodate shoppers and diners, writes Bill Rettew for the Daily Local News. 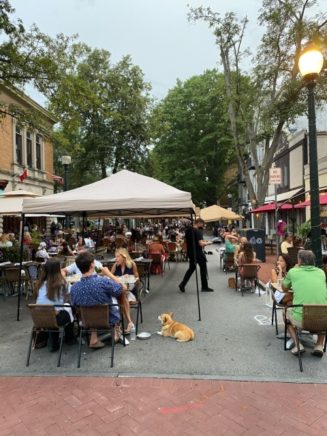 The office of West Chester Mayor Dianne Herrin and the West Chester Business Improvement District put together the committee, called West Chester Main Street Strong, that worked on the Gay Street closure. T-shirts that support the initiative are currently being sold at KALY and The 5 Senses.

Click here to purchase a t-shirt online. The proceeds help to offset the cost of recon­figuring Gay Street to ensure that it is a safe and enjoyable place to dine, shop, and relax during the “new normal.”

The Open Air Market was welcomed by local restaurateurs.

“As people gain confidence to sit outside in the open air rather than in an enclosed space, it will let us serve more customers,” said The Couch Tomato Café manager Stephen Baradis. “We can only serve so many on the roof and inside.”

On Monday, borough workers closed the state-owned roadway from Matlack to Darlington streets after receiving PennDOT approval. The north-to south cross streets are still open with Chestnut Street acting as a bypass.

According to John O’Brien, executive director of West Chester BID, diners have been following social distancing rules and wearing masks before being seated.

“We had a good start,” said O’Brien. “It’s the first week or two of a new experience for everyone, and we’re making slight adjustments and working together.”

From College Classics to Speakeasies, Here Are the 10 Best Bars and Taverns in West Chester