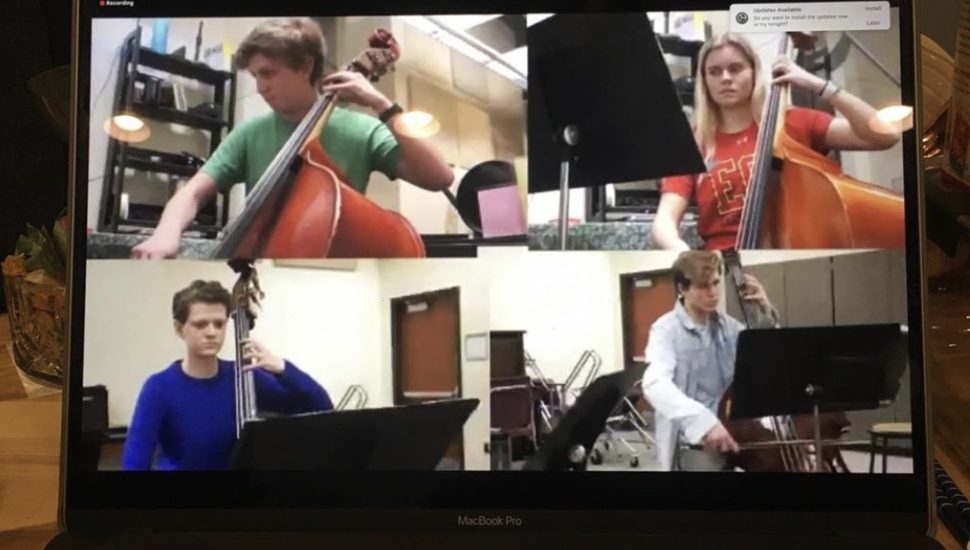 Students at West Chester East High School recently turned their annual charity concert and talent show into a virtual event, and the live-streamed program that featured dance, music, and vocal performances raised more than $5,000 for Home of the Sparrow.

“Every year for the past 10 years, there has been an event called House of Hope, which is our big charity concert,” said Lia Fourakis, who just graduated from East and was co-president of the planning committee. “Obviously, this year, we couldn’t hold it in our auditorium, so we decided to go virtual and call it Hope at Home.”

Taking advantage of the technology that many of us are now using from home to communicate with friends and colleagues, the students used a Zoom webinar format, along with pre-recorded videos of student performances, that were streamed to registered guests.

“We sent out a pre-registration link on social media and other platforms,” said Fourakis. “Those interested then clicked on the link to register their e-mail address and were sent the webinar link, so they could join live on the night of the event.”

Home of the Sparrow – a nonprofit that partners with women facing homelessness to secure housing, achieve long-term stability, and chart new paths for their futures – has been a worthy beneficiary of the House of Hope Concert for many years. 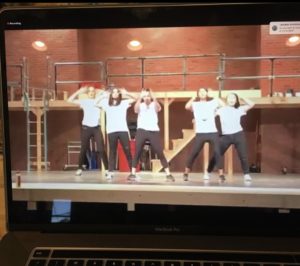 “We have been to their offices and have learned about their impact in the local community,” Fourakis said. “Their cause is really meaningful, and it’s the reason why we continue to support them.”

Fourakis, who will soon begin her freshman year at the U.S. Naval Academy, was the primary host of the virtual talent show. After she or one of the student-emcees introduced each act, a video of the pre-recorded performance was played. Throughout the webinar, the audience at home was directed to Home of the Sparrow’s website to make a donation. Overall, the event raised $5,835, a total that includes a matching donation from an anonymous donor for the amount that was initially raised.

Among West Chester East’s many talented performers were:

“I am so inspired by the students of East High School,” said Michelle Venema, CEO of Home of the Sparrow. “The determination they showed and the commitment they made to pivot to a virtual event due to COVID-19 is amazing and really gratifying to see. Many companies have struggled to do what they did during these unprecedented times. These very talented students showed their resilience and grit and their passion and commitment to both the annual concert and to its beneficiary, Home of the Sparrow, came through loud and clear. We are grateful for their continued support, and with the money raised, Home of the Sparrow, will be able to help women and children in Chester County to stay stably housed and to continue on their path toward financial stability in the most direct way.”

Click here to learn more about Home of the Sparrow.

With Assist from First Resource Bank, Home of the Sparrow Receives Grant to Combat Homelessness