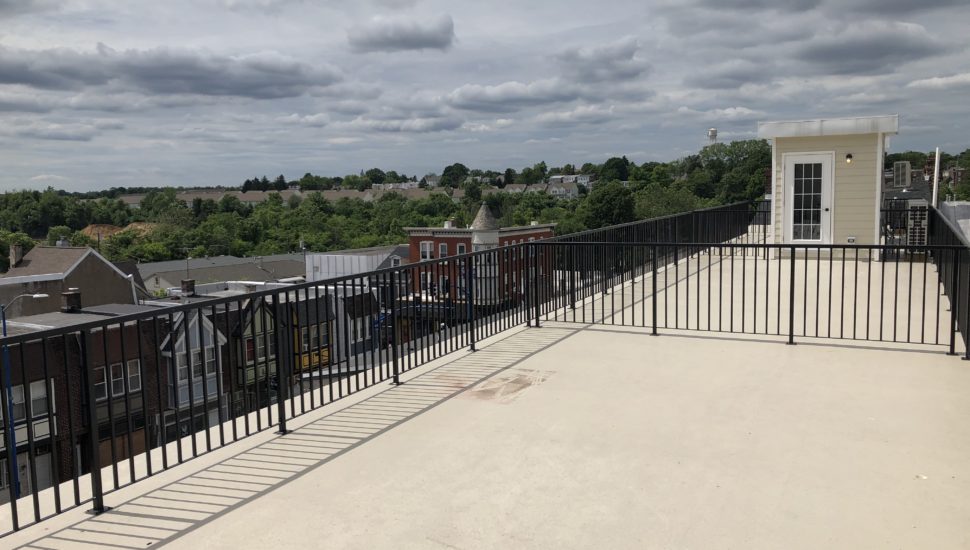 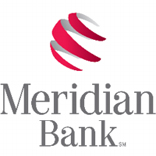 A residential and commercial redevelopment project combines the old with the new in the bustling heart of Phoenixville and continues a long-term relationship between two brothers and Meridian Bank.

“We’ve been looking at Phoenixville for a while,” said Ryan Tobin, who co-owns Ardmore-based Roundstone Development, LLC with his brother Chris. “It is an exciting and thriving town on the move, and a lot of dynamic projects are going on there.”

Once the brothers became aware of a property with redevelopment potential at 256 Bridge Street, they contacted Jason Sheehan, Senior Vice President at Meridian Bank, to review the property.

With the bank’s help, Roundstone secured a loan to purchase the building, which belonged to the old Goodavage Drapery Company, along with the adjoining parking lot. The brothers have since converted the building into seven one-bedroom apartments and one studio unit. The building includes ground-floor retail space, as well as on-site apartment parking and three private rooftop decks, a rarity for a building its size in Phoenixville. 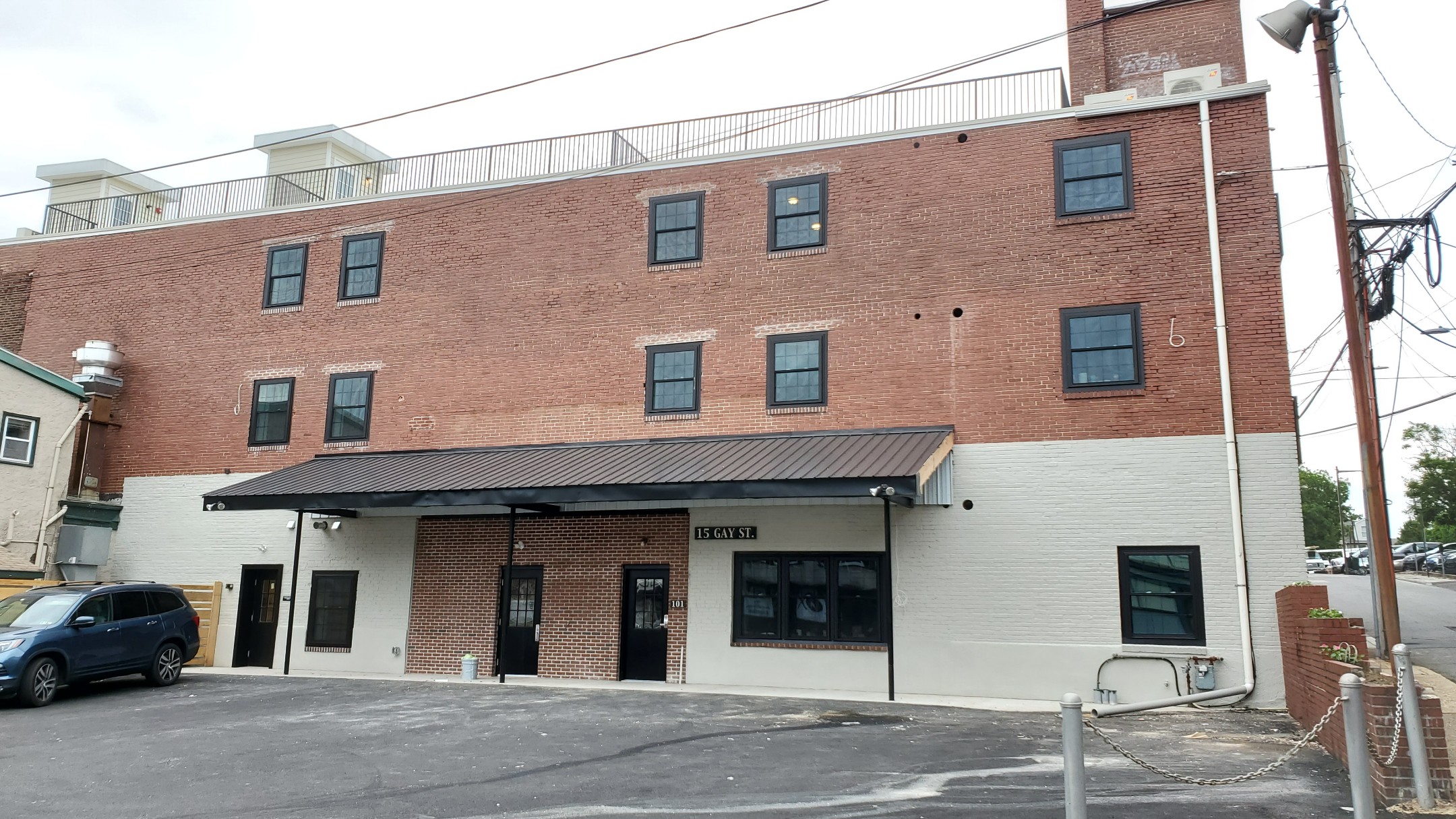 “The building had a unique layout as a former drapery business,” said Sheehan. “It was a maze to navigate the building, but Ryan and Chris did a good job of maintaining some of that old industrial feel, and also opened it up to give it a more modern floor plan.”

Some of that original character from the old building is evident in exposed brick walls, vaulted ceilings, and old wooden joists on the top floors and walk-in closets that are remnants of the original elevator shaft. 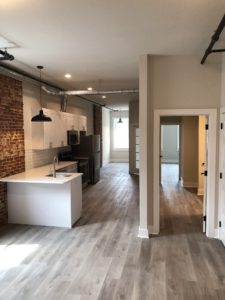 Sheehan liked Roundstone’s proposal for a building project that would be an alternative to some of the more higher-priced rentals already in Phoenixville.

“On the one end of town, you have these really large amenitized apartment buildings pushing the higher end of the rental range,” Sheehan said. “Ryan and Chris’s building is a couple blocks away on the other side of town, with more affordable units, and still within walking distance to the bars and restaurants.”

Indeed, while the units are Class A construction with quartz countertops and other modern touches, the brothers did not want to compete with high-end apartments in the area with amenities such as swimming pools, fitness centers, and expansive lobbies. Instead, the Tobins believe the project fills a sweet spot between projects that have all of the amenities and those units that have been in Phoenixville for 100 years but have never received any updates or modernization.

“Our attitude is that you are getting the same level of quality and construction as those high-end buildings, but tenants are not paying rent for amenities they may not use,” Ryan said.

In the end, Tobin sees a key “amenity” for his tenants as being able to just walk out the front door and be right in the middle of town.

The purchase of the building that Meridian financed is just the latest in a successful relationship between the brothers and the bank.

“We finance various project types from one-off construction loans and renovation loans for single-family houses, to similar apartment units on “Main Street” of any town like Phoenixville, up to large-scale apartment and mixed-use buildings in Philadelphia,” said Sheehan. “Ryan and Chris were among the first loans I ever closed back when I started my career, and we’ve  worked with them on about a dozen projects at this point.”

According to the Tobins, their company and the bank have built a mutual trust that any business looks for in a financial partner.

“At this juncture of our relationship, Meridian will know the type of properties we are going to look at and that they will make financial sense,” Ryan said. “They are just a good partner for what we do and for a lot of companies our size. On the lending side, Jason is always there, and somebody on the underwriting side is always available. There is no calling an 800-number and being put on hold. It’s what everybody hopes for out of a community bank.”

After delays brought on by restrictions related to COVID-19, final construction is at the punch-list stage, and showings, as well as leasing of the units, has begun.

Paoli Fire Co. One of More Than 900 Organizations That Turned to Meridian Bank for PPP Loans