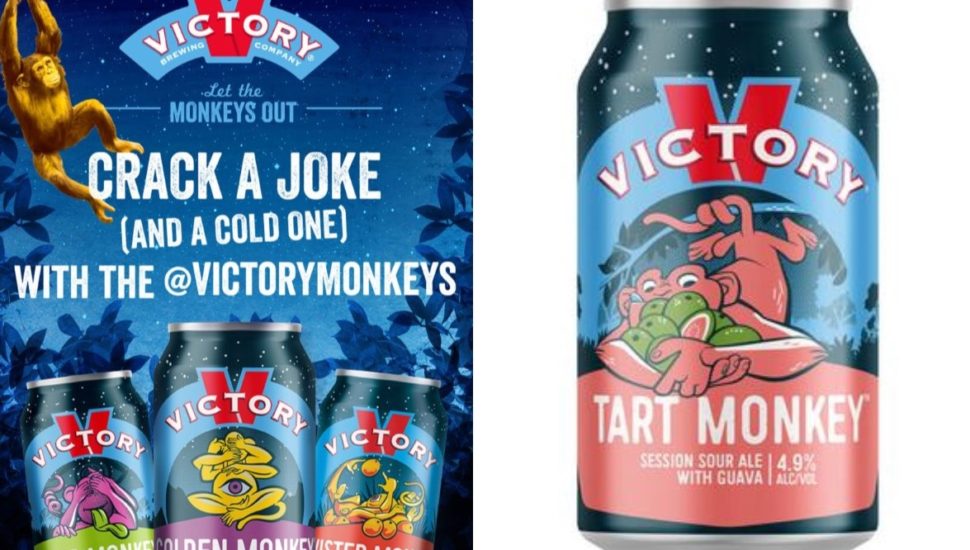 Downingtown-based Victory Brewing Company is rolling out a comedy-rooted marketing campaign to coincide with the release of its new Tart Monkey, writes Laura Smythe for the Philadelphia Business Journal.

Tart Monkey joins the ranks of the brewery’s other popular beers from the Monkey family, which include Golden Monkey, Sour Monkey, and Twisted Monkey.

The new marketing strategy focuses on bringing to life the personality of monkey characters that represent each of the drinks.

To kick off the campaign, Victory will start its “Let the Monkeys Out” comedy tour at Center City’s Helium Comedy Club on March 26. This five-city endeavor will be headlined by comedian Mekki Leeper, the Philadelphia native best known for his Comedy Central special Control Room.

“It’s something that brings people together, and we thought using humor or comedy to do that was the right time given the things that are going on around consumers today,” said Derek Detenber, chief marketing officer of Victory Brewing’s parent company Artisanal Brewing Ventures.

Beer, Wine & SpiritsCheck Out Which Brands of Alcohol Helped Chester Countians Get Through 2020January 25, 2021