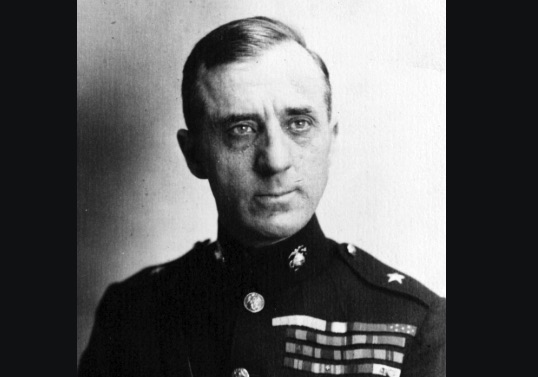 After retiring from the military, Butler went from celebrated war hero to a staunch anti-war activist.

Raised in West Chester and educated at Quaker schools, Butler ended up serving in nearly all of the nation’s so-called “Banana Wars” from 1898 to 1931.

He was wounded in combat and later became one of the rare recipients of two Congressional Medals of Honor. He participated in many other wars and operations, before retiring as the youngest and most decorated major general in the Marines.

After retiring, he began to critique America’s foreign policy, which he said only benefited the elite.

“I spent 33 years and four months in active military service,” he wrote in his memoir, “and during that period, I spent most of my time being a high class muscleman for Big Business, for Wall Street, and for the Bankers.”